Cops to target parties in search of stolen meat 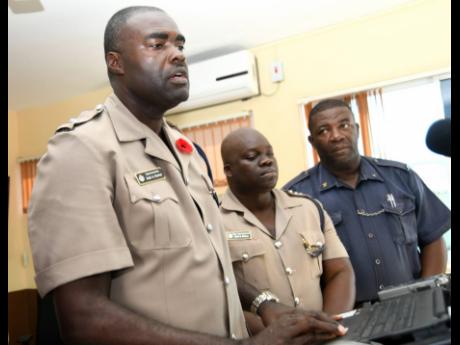 Police in central Jamaica say they will be targeting entertainment events in a bid to find out where the meat they are selling is coming from.

Superintendent Samuel Morgan, head of the St Elizabeth police, said one way in which they plan to clamp down on praedial larceny during this festive season is to get information on where event promoters are buying their products.

“What we do as a requirement is if someone is applying for a party permit, they have to indicate to us where they are going to get the meat for that function. If they are going to get it from ‘Mary Jane’, the JP goes to verify that Mary Jane has a goat and they are selling to ‘X’ person. That is part of the application process we are carrying out,” Morgan said.

He said this is not only aimed at parties, but any event that involves serving of any meat product.

Praedial larceny is the proverbial Achilles heel of farmers, especially at Christmas time when ‘two-footed puss’ tend to strike very often. Last month, a video surfaced on social media that showed an alleged goat thief who was forced to sit in the back of a service vehicle beside some goats that he was accused of stealing.

“We a tek time drive through the town wid him, we naah drive fast. We want the people dem see a who,” one man said as the alleged thief was placed in the vehicle to be transported from the scene.

It has long been acknowledged that stolen goats normally end up in pots at parties and other entertainment events.

However, Senior Superintendent of Police Gary Francis, the head of the Manchester police, said praedial larceny is not the only reason they will be targeting parties.

“Our operations are multidimensional, because it is difficult, without a DNA, to know whose goat is in whose pot. We will continue our policing efforts, whether it is people taking your bag at the party, among other things. It is a broader focus on parties, treating with not only the [meat] supply, but general criminal elements that would not want you to have a good time,” Francis said.