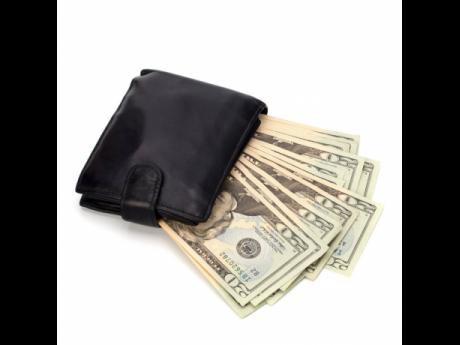 A close family friend told THE STAR that he picked up the couple at the Sangster International Airport on November 30.

They were on their way to St Elizabeth when they made a quick stop.

"Her husband said that he wanted a beer. So we stopped at a travel halt between Westmoreland and St Elizabeth and buy the beer and this man come cross and seh 'wapm sah, you nah go nuh know mi again because mi nah ride bike'. Mi seh 'ride bike? You a who'? and them him start talk much with the woman and man and a tell dem seh when dem come up, dem must check him," said the friend. Within seconds, the man made himself part of the travelling crew.

"Him a chat to them and then him seh wi nuffi leave him and mi a seh no space is there (in the car). And him seh him wi mek space and him start push over the thing dem inna the car.

And him come in and siddung and him just a chat and a seh when dem come a 'Merica dem fi check him," he said.

After travelling for a while, the man asked for a stop and exited the vehicle, bidding them all farewell.

But when the couple reached their destination, they realised that the money, along with the woman's travel documents, was missing.

About a week after the incident, she died. The cause of death is unclear.

When the news team asked the husband how he was handling her death, he refused to comment, citing erroneous media reports on the incident.

Commanding officer of the St Elizabeth police, Superintendent Samuel Morgan, said that he has heard about incidents of this nature.

Be vigilant during Christmas

He is advising returning residents and locals to be vigilant during this Yuletide season and not to pick up strangers.

"They will try all type of strategy but don't pick them up because all they want is to rob you," he said. "Persons should also be aware that they will call you by name or you look like someone but all they are doing is trying to let you let down your guard and then they pounce on you."

He also instructed persons not to invite strangers to their homes.

"You'll find them purporting to be persons from different utility companies. Don't let them in before they show an ID. I have even heard that people at taxi stands are even calling persons by their names and putting them into taxis and then robbing them," he said. "It is important that we remain very alert and if you believe that you are being followed, drive to the nearest police station."