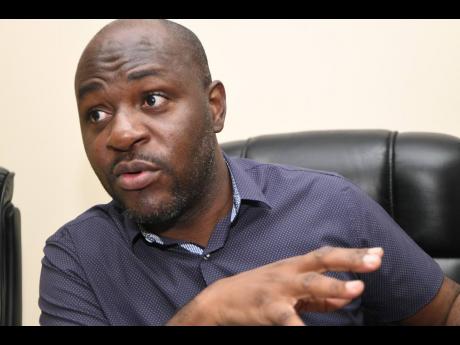 Amid the reports of three persons being injured during gun salutes on New Year's Day, CEO of the Firearm Licensing Authority (FLA) Shane Dalling, is reiterating calls to licensed firearm holders to cease and desist from the practice.

He told THE WEEKEND STAR that for years the authoriy has been appealing to firearm holders to stop, but in the event they do not adhere to the rules, there are sanctions in place to revoke their licences.

"We have sent out messages every year warning licence holders not to participate in the activity and there is a criminal offence when they do so and we have made it quite clear that persons who participate will have their licence revoked and we have done so in the past," he said.

He admitted that there is nothing the organisation can do to physically prevent persons from doing gun salutes, but noted that there are ballistic tests that can be done to determine which licensed firearm was used.

He said that anyone whose firearm is found to have been used in this year's salutes will face being without a firearm licence and could also face possible jail time.

"(The FLA) ensures that these persons are kept in check and we encourage them not to do this practice. Once they do so, there are administrative sanctions, whether the police charge them or not. If they have other (firearm) licences, we revoke all of them. It is a criminal offence and they can spend up to 12 months in jail for it. And if persons are injured in the process, there are charges the police can offer against them," he said.