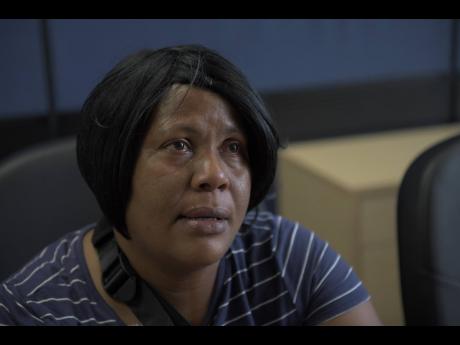 Marvette Johnson ... No one wants to rent me anywhere either, because they keep asking how I am going to pay the rent. 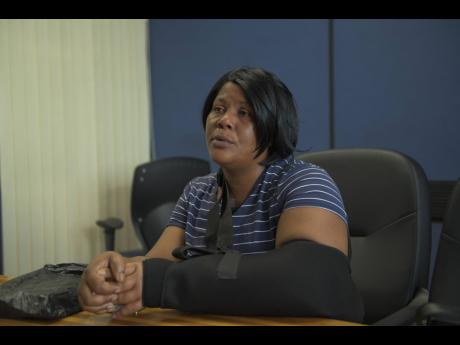 Marvette Johnson was diagnosed with breast cancer in 2010 but unfortunately had a reoccurrence.
1
2

It’s impossible to listen to Marvette Johnson as she shares her story and not shed a tear. The 45-year-old is facing extremely difficult circumstances. She suffers from recurring breast cancer, which has affected her ability to work.

Johnson was diagnosed with breast cancer in 2010, but unfortunately, had a reoccurrence.

“I did mastectomy, radiotherapy, and chemotherapy; and all was going well until it came back. The tumour came back small, but then it started to affect my left arm,” she said.

She stated that she was placed on hormonal treatments, but it began to affect other organs in her body and her condition got worse.

“I wasn’t able to walk long distances because my armpit and arm started to swell up and I began having terrible chest pains. The doctors started giving me chemotherapy, and shortly after that I lost my job,” she said.

Johnson said that it didn’t take long for her to become homeless after she was unable to pay her rent. She stated that the mother of one of her daughters’ friends opened her home to her and her two children in Greater Portmore, St Catherine.

“They treated us like we were a part of the family and have been very good to us. However, on New Year’s Day, she told us that we have to go, but I am really grateful that she helped us,” she said.

And if her poor health is not enough to worry about, the woman said that she and her two teenage children could find themselves on the streets after she was given notice to vacate the premises they had called home since last June.

Between tears, she stated that she has even tried to get a job but has been unsuccessful.

“I have been trying to get a job, but no one is hiring someone like me. No one wants to rent me anywhere either, because they keep asking how I am going to pay the rent,” she said.

Johnson said that she lost both her mother and sister to breast cancer in a two-year span. She is concerned about her children’s future.

“I am really sick, meaning that the treatments seems as if they are not working, because the tumours are still there. Honestly, I am putting up the fight of my life, because I want to see my kids reach at a point where they can pass the worst. Just thinking about not having somewhere to go really tears me up,” she said.

Johnson said that she is seeking assistance in acquiring a piece of land so that she can benefit from a house from Food For The Poor.

“God has been providing, because the kids are going to school and that is very important to me, but I really need a home for my children. I have already approached Food For The Poor and they said I should provide the space, but I don’t have anywhere. Please help me, I just want my children to be comfortable,” she said.