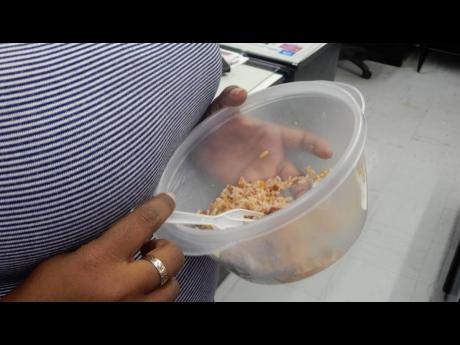 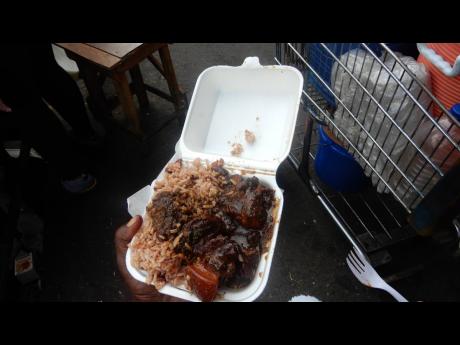 A ban on styrofoam containers is now in place and prices for cooked food have increased. 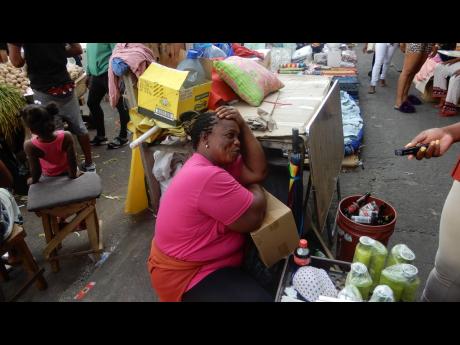 Lorna says the demand for reusable plastic containers is strong.
1
2
3

Lorna has been selling toothbrushes on Princess Street in downtown Kingston for the past four years. When she decided to start her vending career, she decided to set up next to a food cart in the busy market district.

She found that the move paid dividends, as people who were not interested in eating out of a styrofoam boxes would often purchase plastic containers from her. She sells them for $100 each.

And now with a ban on styrofoam now in place, things are looking up for Lorna businesswise. She said that since the ban took effect on January 1, the demand for the reusable plastic containers have gone through the roof.

"Now people a cuss mi and ask how mi fi mek the dish dem done. When dem come, dem buy the dish, get it wash out and buy dem food," Lorna said.

The styrofoam ban, which follows a ban on plastics that was implemented one year ago, is intended to reduce the use and consumption of environmentally depleting materials in the country.

Already, some consumers are feeling the effects of the ban on styrofoam containers in their pockets. The cost for an ordinary box food has jumped, in some cases by $50, as vendors move to recoup the cost associated with purchasing more expensive alternatives for food packaging.

"People still a guh buy food, all when it raise, because food affi eat, and we affi use the box dem weh wi have until dem done," Nadine, one such vendor, said.

Another food vendor said that her customers are aware that the price for box food will rise.

"People expect the increase because dem come and a ask mi how much fi food now. The truth is, ah long time the Government ah tell wi fi stop use it, so we just affi work with it. Dem nah abandon my taste-good food," she laughed.