Mother of six pleas for help to start cookshop 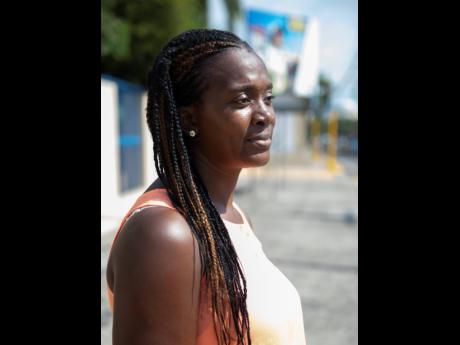 Sandra Boucher is seeking help to take better care of her children.

Sandra Boucher would not count herself as being unlucky, even though four of her six children lost their fathers years ago.

She decided to take up the mantle and push forward for her children, even as she struggled to make ends meet.

Born in Clarendon and raised in Ewarton, St Catherine, the 42-year-old vendor said she has tried all she can, but has fallen on hard times and is now forced to put her pride aside and plea for help.

She told THE STAR that only one of her two surviving babyfathers is helping out, but he cannot do much as he is sick.

"Mi think everybody in Jamaica supposed to know me because mi walk and sell. Mi go anywhere mi think mi a go get the sale, including Half-Way Tree, Spanish Town and mi even go as far as Ochi," she said.

She traverses the streets selling pepper, okra, string beans and coconuts, even though she admitted that carrying coconuts is a tedious task.

She shares a two-bedroom house with her children but said that she was finding it difficult to pay her rent.

She envisions owning her own food establishment and indicated that she is trying to put things in place for that to happen but she is finding it hard.

"When I work, it is from hand to mouth and I'm in the sun all day. Sometimes I have to watch my children eat and gas tek mi up because mi caa mek dem don't eat and even when dem done, dem sometimes a ask fi more. Sometimes when mi come off the road, mi foot dem swell," she cried.

She is asking the public for help in getting her own cookshop so she can be in a better position to help her family.

"Food always sell and I am very industrious, so a little help would give me some push. I am a very good cook, so I know that I can make this work. It is a heavy burden on me not being able to provide for my family the way I want to, so I am just asking for some help," she said.