Woman believes her ex is stalking her 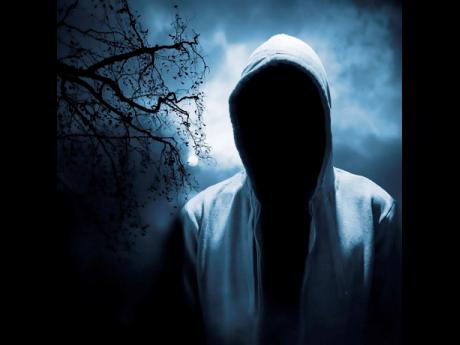 After reading various stories about 24-year-old Shantel Whyte, who was shot three times in the head on New Year's Eve by her alleged lover, Lisa* said that she is afraid she might face the same fate.

The 20-year-old said she was involved in a 'transactional relationship' with a married man a year ago.

"He sent me to school for one year, when I just started college. My mother did not like it, but she was struggling and at the time I thought that it was the best decision," she said.

But she has since ended the relationship, and now thinks there is a possibility that he is stalking her.

"He wasn't an aggressive person before, but when mi break up with him, he grabbed me really hard and threw me on the floor before he walked out the house. I haven't spoken to him since then, but I have seen him around at places that I know he wouldn't normally be," she said.

She told THE STAR that sometimes she gets calls from a private number and when she answers, no one talks on the other end.

"Sometimes mi fraid fi come outta the house. Sometimes mi deh out with mi friends, mi get a message saying, 'I am watching you', and it scares me. Mi can't even tell mi mada all a this," she said.

Lisa said that she contemplated going to the police, but after reading comments online about Whyte, she changed her mind.

"Mi see people a blame her for what happened to her, and me know dem a go do the same to me," she said.

But Lisa is adamant that the man she was involved with knew what the 'situation' was from the get-go.

"A nuh like mi trick him. I told him that I did not want a relationship. I just wanted help with school fees in exchange for what he wanted, and he agreed," she said. "We made an arrangement, so I don't deserve to be going through this."

Psychologist Dr Leahcim Semaj said that these types of transactions are referred to as 'situationships'.

"Often times, these situationships and these 'friends with extended benefits' situations work because there is a transaction where goods and services are being exchanged, usually in return for sexual favours," he said. "One of the possible problems with this is that one or both parties can change their minds. Once you are dealing with something like sex and emotions, you can't always keep it under wraps and under control."

He said that in Lisa's case, there is a "power distance" between her and the man.

"He is older, he is bigger, he is stronger, he has more resources; he also feels entitled. If she is now not reciprocating, it is possible that it gets sticky, hence the (alleged) stalking," he said.

Semaj admitted that the education, rent and wardrobe of many women are significantly subsidised by these transactional arrangements.

"Oftentimes that are no exit clauses negotiated. So when one person wants to exit and the other doesn't, it can get sticky. Situationships are not normally long-term negotiations like a marriage. It is a temporal condition based on your economic standing, so there is an understanding," he said. "But no matter how you talk about it, you have to understand that if you play with fire, you stand to get burnt."