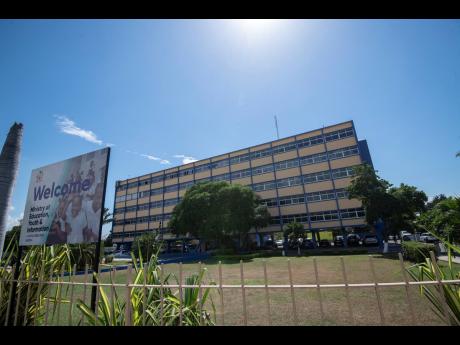 Chandice Brown is angry at the Ministry of Education after she said that they failed to place her child in a school of her choice.

She told THE WEEKEND STAR that her child, who was attending Glenmuir Preparatory in Clarendon, had passed for Denbigh High, also in the parish.

The 12-year-old was supposed to start seventh grade last September, but she has not been going to school. Instead, she is home with her mother.

Brown said that because of her job, which takes her around the country, she requested that her child be placed in a boarding school.

The ministry indicated that those schools did not have any space, and so she asked her to be placed at Merl Grove High in St Andrew instead, as "she can walk from her aunt to school".

"My child is not one of them child weh out deh and weh know the road. The ministry nah help her get into nowhere," she said.

Dr Grace McLean, permanent secretary in the ministry, said that between results coming out last June and school starting last September, the ministry had facilitated a number of transfers, and she did not understand what would have caused Brown's daughter to be left behind.

"If the child has passed for Denbigh, then that child would have done very well because Denbigh is one of the top schools in May Pen. So there would not have been any problems to transfer her to another school. School started in September and we facilitated transfers up to the second week of September," McLean said.

Not having all the information on hand, she said that more investigation needed to be done as "there must be other things to this".

"I would have to get the specific information so that I can do the investigation," she said.

But Brown said that the ministry initially told her that her daugher would be sent to Holy Childhood High, but she didn't want her in a Catholic school.

"They know I don't want a Catholic school. The woman from the ministry called me the other day and said she want to send her down to Alpha inna the downtown. Weh you wah send me pickney downtown fah? she asked. "I told them I will settle for Holy Childhood, and dem seh there is no space."

Brown said, she is planning to take the matter to court if her child is not placed in a school soon. Brown's daughter told the news team that it has been stressful not being able to attend school.

"It makes me sad. I really want to go to school so I can make my mom proud of me," she said.