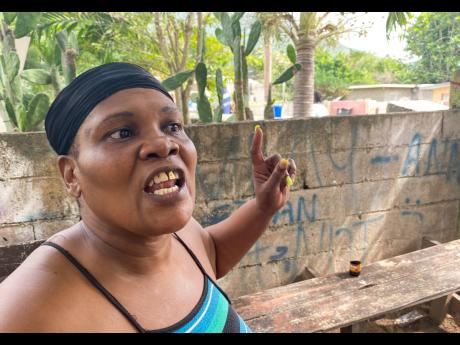 Jerome Vidal said that three members of her family have been murdered over the past three years. 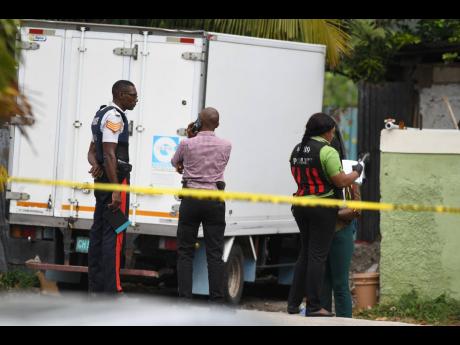 Police personnel on the scene of the shooting death of 18-year-old Lavern Edwards on Escarpment Road, August Town, yesterday.
1
2

It is as if death is stalking Jerome Vidal's family. The August Town, St Andrew resident yesterday lost a third family member in three years, all by gunmen who murdered them.

"Oh God! People nuh know weh mi a go through. Mi tired a the foolishness. This fi stop. Everybody a dead. Mi son died pan a Monday after 10; mi daughter dead pan a Sunday after 10; and now mi nephew come dead pan a Tuesday after 10. Mi caah do this," she cried.

Not released a motive

According to the August Town police, Edwards was shot nine times by hoodlums. Up to press time, the police had not released a motive for the killing.

Venesha Phillips, councillor for the August Town division, said on Facebook that the community "has been at the brink of brokenness many times" and is once again being tested.

"We need more boots on the ground. There has to be increased foot patrols in an unpredictable way so that the guys, not those who continue to alert them by phone, will have little time or space to continue to wreak havoc on the community," she said.

Meanwhile, Vidal describes her nephew as a very quiet person who avoided confrontation at all costs. She said there is gang violence in the community and people are dying innocently.

"Him can't even kill a fly, but you see dem look pan the one weh bait. A over the house mi deh wid dem and mi sista a look bout her breakfast. Mi even turn to her and tell her to cook supm fi me. All the good weh mi a do ... Mi tek in people pickney and care for them, a this me a face now. Mi a do too much good fi a get this," she said.

Vidal said Edwards was on his way to his father's house in the community with vegetables, when he was cut down.

"When him leave fi carry the food go over him fada, a bear gunshot we hear," she said. "When we hear the shot dem, everybody just a run up and dung. The key weh him use pull him fada door did still inna the door same way. The vegetable dem drop pan the ground," she said.

Edwards would have been celebrated his 19th birthday in two weeks.