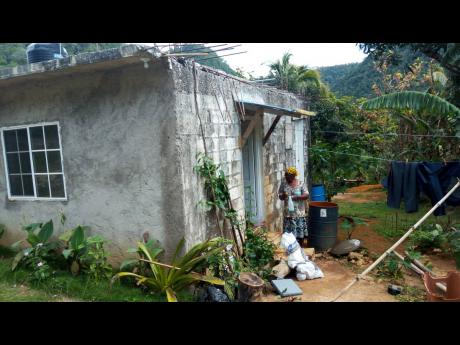 Winnel Brown, aunt of the deceased, stands outside her niece’s home, washing away blood. 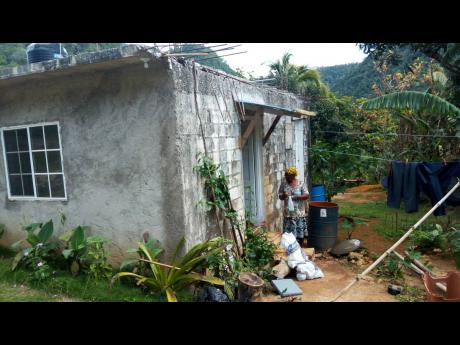 Winnel Brown, the aunt of the deceased teacher, Nicolene Brown, is seen here at the victim's home washing away the blood that had settled.
1
2

A basic school teacher who was reported missing on Monday at the Cambridge Police Station was discovered dead inside her house at Plum district in Cambridge, St James, on Tuesday.

According to police, the body of Nicolene Brown, 43, was found in a seated position on her floor in an advanced state of decomposition.

"Mi want fi know how Nicolene dead. This is one a the strangest ting mi ever see," said Winnel Brown, an aunt of the deceased. "The last time mi see Nicole (as Nicolene is also called) was Saturday morning, when she come up a morning service a di church. About 9:30 a.m., she left and tell mi seh she a go down a har yard.

Brown said that family members went to her house on Sunday, where neighbours said they saw her "dressed up" as if she was going out.

"That was when all a we start fi get suspicious, and to mek matters worst, mi see Nicole clothes dem still deh pon har clothes line, an that is not Nicole at all," she said.

The aunt said her daughter contacted the school where Brown taught on Monday, and they were informed that she did not turn up for work.

So she and her son went to the house and peeped through a window but they did not see anyone inside.

They left, but were called again by a neighbour on Monday, and she informed them of a foul odour coming from the direction of Brown's house.

"Wi go back a di house and mi see a trail a blood a run from under har door and a that time mi call the police. When them come, dem break off the lock fi go inside and find har pon the ground dead," she said. "This is one of the strangest ting mi ever see. Me an Nicole very close and me know everything bout har."

The police reported that after they received the call, they went to the house and found Brown in a seated position.

"Although there were no signs of violence seen inside the house, we have not ruled out foul play, but we will have to wait on a post-mortem examination result to determine the cause of death," one police investigator said.

Brown was described as a kind and loving person, who was very secretive. She reportedly lived alone in her two-apartment house in Plum district, and taught at the Winners Basic School along Cottage Road in Montego Bay for several years.

Following news of her death, the school community was sent into shock.