Schoolboy beats up dean of discipline 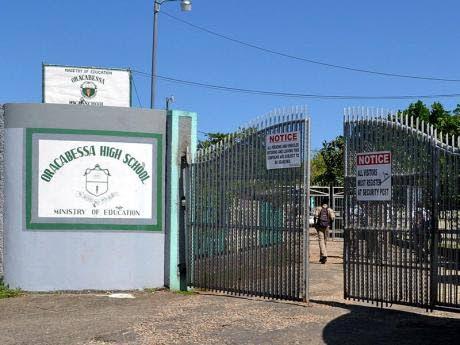 A schoolboy yesterday reportedly rained several blows on the dean of discipline at the Oracabessa High School in St Mary, forcing him to seek medical attention.

THE STAR understands that the student left the school compound before he could be accosted.

Following the attack on their colleague, the teachers at the institution demanded that the student be expelled and that the school employ better security personnel.

“We are not going to sweep this under the rug so we will be staging this sit-in until our demands are met by the Ministry of Education,” the teacher said.

One teacher said there have been recurring issues of indiscipline at the school.

“We don’t have enough persons to deal with all the cases on a daily basis, and because of that, we see a lot of reccurring cases of indiscipline,” the teacher said.

In addition to dealing with indiscipline among students, the teacher said that there are times when teachers are surprised by visitors who turn up at their classroom doors.

“You don’t know if this person is there to attack. We don’t appreciate this,” the teacher said.