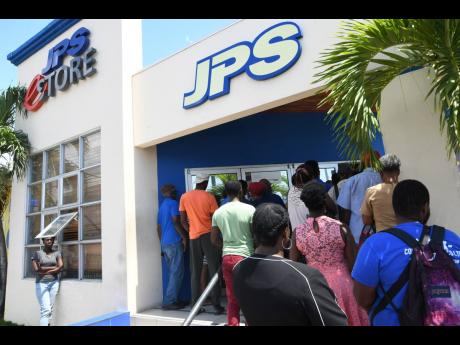 The Jamaica Public Service (JPS) said it fears an increase in electricity theft due to the economic downturn brought on by the new conoravirus. At the same time, the light and power company said it is critical that persons "continue to pay their bills in full and on time, wherever possible", adding that "if customers stop paying their bills, it becomes very difficult for JPS to operate."

Jamaicans have been calling on the Government to instruct the privately owned JPS not to disconnect accounts due to non-payment of bills during the COVID-19 period. The state-owned National Water Commission has announced that it will not be disconnecting customers over the COVID-19 period.

For its part, the JPS said that persons who have a JPS account, who are registered with the Jamaica Council for Persons with Disabilities or who are senior citizens who live alone, will not be disconnected for April and May.

"Where other customers are having challenges, we encourage them to make contact with us," Winsome Callum, JPS director of corporate communications, said.

The JPS currently disconnects the accounts of approximately two per cent of its roughly 650,000 customers on a monthly basis.

Callum, when asked by THE STAR what is the minimum portion of bills customers should pay to guarantee they won't be disconnected, steered clear of the question.

"The fact is, if customers stop paying their bills, it becomes very difficult for JPS to operate. Bill payments go directly to paying our suppliers who sell us fuel, equipment and other essential inputs, which are needed to produce and deliver electricity to our customers," she added.

Yesterday, the People's National Party's (PNP) shadow minister on energy, Phillip Paulwell, said the General Consumption Tax on the bills of JPS customers, and the Special Consumption Tax (SCT) on fuel purchases must be removed to ease the burden on householders, transport and the productive sectors.

"These taxes should be removed initially for three months as Jamaicans are encouraged to stay at home, resulting in an inevitable spike in electricity usage for many without guaranteed incomes," Paulwell said.