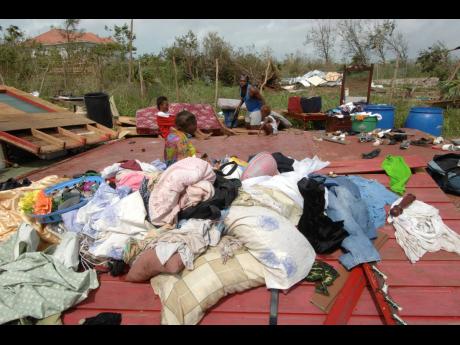 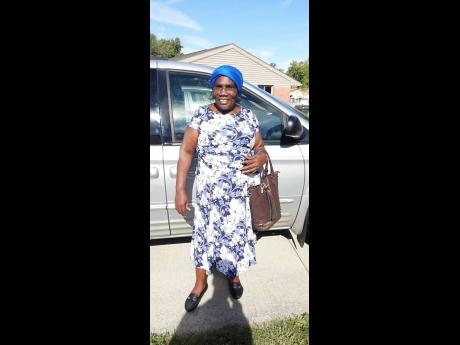 While manning her shelter station at the Portland Cottage Primary School, where her family also took refuge, she recalls vividly the 'surprise' that awaited her following the storm's fury.

"Let me tell you something. I will never forget the day after the hurricane passed. My husband went back to our house and there was nothing," she said.

What was worse, she said, was that when she got the phone call, she could not leave as she was on duty at the shelter. She could only listen as he related the bad news that her furniture and other stuff were gone.

Thankfully, she said neighbours and friends assisted in 'tacking up' a section of the structure, which was originally erected by Food For the Poor.

"I thought I was going to die. You know when you have your stuff and everything mash up and you are not in a position to replace them," she recalled.

She said she remained at the shelter taking care of others who were in a similar position as she was.

Even while she served and encouraged others, she said her mind was frantically trying to find a solution to her own problems.

"I had to still encourage them as if I wasn't going through hell myself. Knowing that they were in the same position, I had to pretend as if all was well with me as I encouraged and consoled them," she shared.

She stayed until assistance came from charitable organisations, which brought in food items, clothing, and other much-needed stuff.

Williams is also thankful to Food For the Food for rebuilding her demolished structure.

Now into the 2020 Atlantic Hurricane Season, Williams says that she thinks about what can go wrong, or that should another one hit, she could be in the same situation once more.

But she admits to "having more strength on the inside than the outside".

"I don't let it bother me. I am here still encouraging residents in the community to utilise the shelters if it ever becomes necessary," she said.