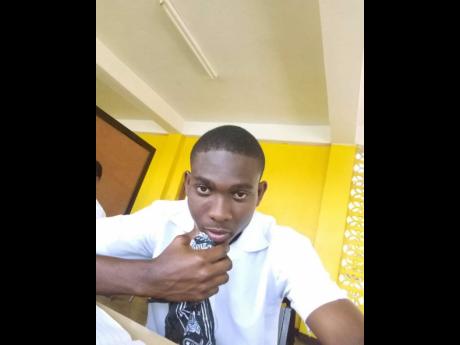 "Demar didn't deserve to die in that fashion," said Sanya Lilly, sister of 20-year-old vendor Demar Lilly, who was killed in a hit-and-run in Toll Gate , Clarendon, last Friday.

Police reports state that about 2:30 p.m., Lilly was selling honey along the roadway when the driver of a grey Mitsubishi Pajero ran him over and did not stop. The family says that the youngster had been plying his trade at the spot for five years.

"The eyewitness said the vehicle stop and the man said, 'Honey man, sell me a bottle of honey' and Demar ran across the road with it. When he was to pay my brother, he didn't want to pay, so Demar was taking back the honey, and the driver held on to his hand and started driving back about two chains, still holding on to my brother's hand. People were screaming for him to let him go. When he finally let go his hand, my brother lost his balance, and the man ran over him. He didn't even slow down or anything and just drove away," Sanya said.

Demar was the only son and youngest of four children for his parents. The family says their grief has been compounded by a past tragedy as another sibling was killed in an accident on the same road in June 2002.

Demar, a past student of Garvey Maceo High, had dreams of becoming a chef and had recently completed his certification through the Human Employment and Resource Training Trust/National Training Agency (HEART).

"He sent out applications and got through to two restaurants, but they were just waiting until after COVID to call him," Sanya said.

Humility and compassion were qualities Sanya attributed to her brother when she spoke with THE STAR. "If you check with the community, people will tell you that he's just always smiling," she said.

Kerry-Ann Lilly, another sister of the deceased, said that Demar was a Christian and worshipped at York Town Seventh-day Adventist Church.

"We are asking the business places in the area to check their cameras around that time to see if any vehicle passed that fit the description. Please, we need some justice because this is not right," bemoaned Sanya. "My brother died for $2,500."

Uphell Purcell, councillor for the York Town division, has described the incident as unfortunate.

"This is a really a disgrace to think that a man would stop and take away a young man's honey. It is so unfortunate. This is murder, and we would really like to catch this culprit," he said.

The police are asking anyone with information that can assist in their investigation to contact the 876-902-905, the Police 119 emergency number, or the nearest police station.