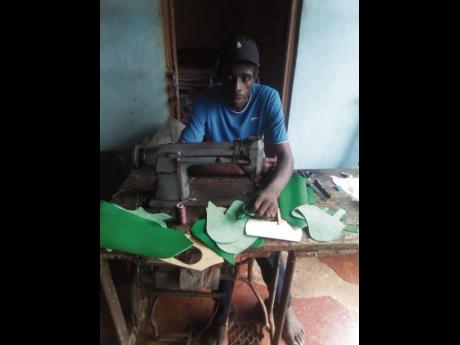 Fitzroy Fuller has been making shoes for 40 years. 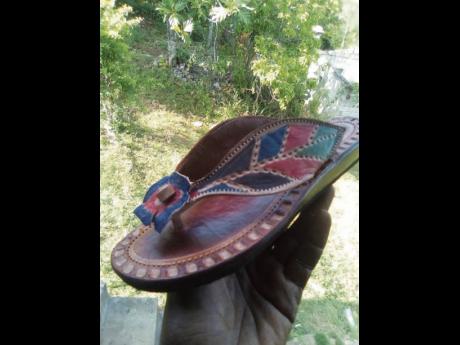 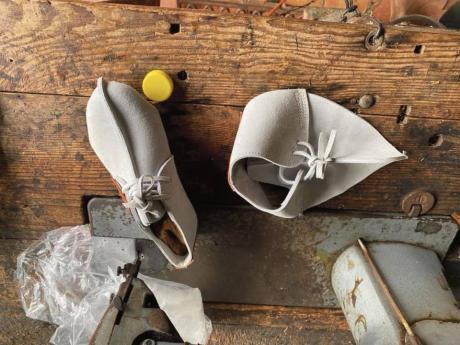 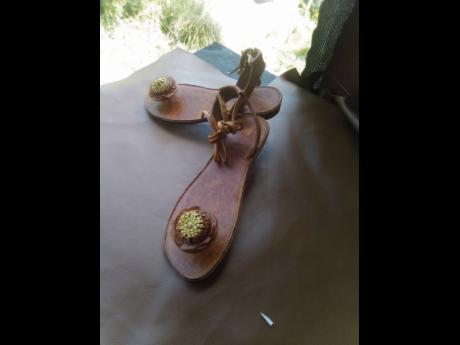 Fitzroy Fuller of Cocoa Piece in north central Clarendon has been plying his trade as a shoemaker for over 40 years. Fuller said he ventured into the shoemaking business after his father had mandated that he learn a skill.

Fuller said that although he had a love for farming, he chose shoemaking as it appeared to offer a greater rate of return.

Now 58, Fuller spends most of his days cutting, carving and stitching leather into works of art. It is something that he finds rather fulfilling. The sole trader said that creating women's sandals is something he rather enjoys, and for good reason.

"Women spend more than man, so if you are not into lady wear as a shoemaker, you are not going anywhere," he said jokingly.

The skilled craftsman, who supplies stores with his handmade leather footwear, told THE STAR that even without a high-tech machine, he is able to make up to four pairs of shoes in a day. "It takes time because most of the work is by hand. I can't afford the special machine, because you talking 'bout millions."

He said that the bulk of his sales are made during the back-to-school and Christmas seasons, but laments that the high cost of raw materials, which he says eats into his profit.

The challenges aside, Fuller said that he is always motivated to get his products in the marketplace, even as he does so without any modern marketing strategy. "People just see the work and like it and a it that," he said.

"It is very much hard to run a business in this side of Jamaica, but I don't stay in here. I make my produce and I drive over the island and sell. Sometimes me not even have time, sometimes I can't manage. May Pen, Mandeville and MoBay are my biggest markets. The biggest problem sometimes is the capital, but I just love to make shoes," he said.

Though not reluctant to impart his knowledge, Fuller said millennials have no interest in learning the skills of shoemaking. "Young people nuh waa learn trade, eno, and you see in Jamaica now, you don't find a lot of shoemaker, so shoemakers are in demand."