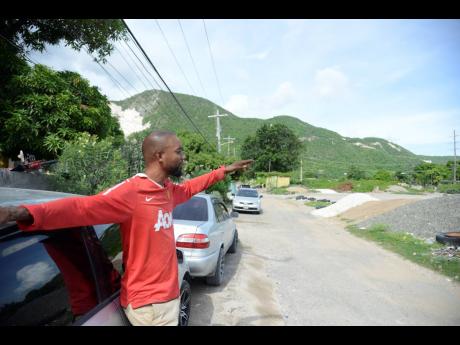 Andre Anderson points to areas where checkpoints were placed during the lockdown. 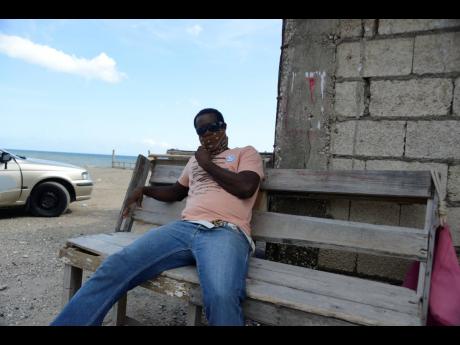 Charlow said that it is unfair for Bull Bay to have experienced a major lockdown, while other communities did not receive the same treatment. 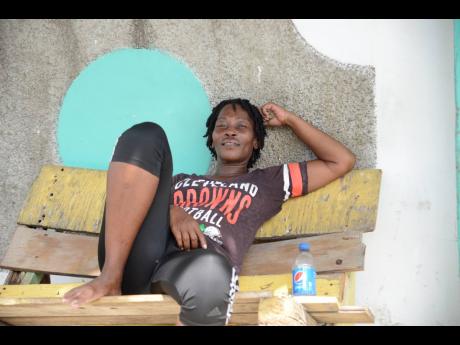 Dianne James, a family member of patient zero, said that during the lockdown, taxi drivers refused to carry anyone from Bull Bay even though they were tested negative for COVID-19.
1
2
3

Seven and Eight Miles in Bull Bay, St Andrew, were the first communities to have had confirmed COVID-19 cases when the virus reached Jamaica in March. The communities were later quarantined, and this brought some amount of ridicule and stigmatisation which residents believe was unfair.

As they relived the unpleasant memories, persons expressed how disappointed they were that other areas seeing rampant increases in COVID-19 cases have not received such rigid lockdown measures.

"Wah good fi the goose, good fi the gander, and if we go through it, the whole Jamaica must go through it too. When dem say corona did out yah, them behave like a we invent it to how them treat we," said a resident named Charlow, who has been living in Bull Bay for 45 years.

The first person on the island to have tested positive for the illness (patient zero) stayed in the area for a while after visiting from the United Kingdom to attend a relative's funeral.

After other persons started testing positive, Prime Minister Andrew Holness declared Jamaica a disaster zone and the communities were quarantined, with movement heavily restricted in the area. Dianne James, a relative of patient zero, revealed that her life was in a complete turmoil.

"Me a tell you say it was a very hard time fi me, all after them take we out a the lockdown," she said. "Me remember me go downtown in a wholesale and it come up say me come from Bull Bay and everybody run from around me."

Yeh-kini Gayle added: "Not even taxi men never really want to carry us and it was very unfair. They still haven't treated the rest of communities with positive cases like Bull Bay and now is like more people is getting it anyway."

The Government has declared that Jamaica has reached the community transmission phase, meaning the virus can no longer be traced throughout the population. There has been a surge which has seen Jamaica recording 3,933 positive cases and 44 deaths up to yesterday. The two latest fatalities are a 76-year-old man from Kingston and St Andrew and a 73-year-old man from St Catherine. Both had comorbidities.

Andre Anderson, who has been living in Eight Miles for four years, says the sacrifices made by the residents in Bull Bay were somewhat in vain.

"Look how dem lock we down fi control COVID and now the cases them all about, me nuh understand that. It is better if them lock down other places like how them do we otherwise them can't control it," Anderson told THE STAR. "Me nuh see no other place lock down like how them did do we, everybody else go about them business. Them say the world nuh fair and a really true so because a we alone get them treatment deh."

The health ministry yesterday also reported that 1,611 have recovered from the virus. Some 100 people are hospitalised, 28 are moderately ill and seven critical. Thirty-eight persons are in government quarantine with 26,400 at home.