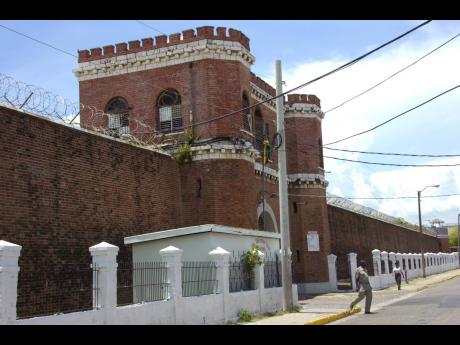 Jamaica's prison authorities could, as early as this week, announce new measures for the treatment of most vulnerable inmates who may be at risk of contracting COVID-19 behind bars.

Senator Matthew Samuda, minister without portfolio in the Ministry of National Security, responding to a call from Stand Up for Jamaica (SUFJ) for the release of low-risks inmates, said "We are actively examining our inmate population to see where the greatest vulnerabilities exist, and to ensure those inmates are given appropriate protection".

The policy is likely to apply to elderly, bed-ridden inmates, who, by their risk profile, are more likely to develop complications if they contract COVID-19.

Some 14 new cases were recorded at the Tower Street Adult Correctional Centre on Saturday. According to the Department of Correctional Services (DCS), of the new cases, two are staff members and 12 are inmates. The prison authorities said that all the positive test cases were placed in isolation and contact tracing and line listing activities were conducted to curtail the spread in the institution.

Samuda said that the focus of DCS at this stage is making sure that containment measures are put in place to limit spread while ensuring the infected inmates receive the necessary medical care.

"It is not the posture of the Government to support early release as a general concept, but we are actively examining our inmate population to see where the greatest vulnerabilities exist, and to ensure those inmates are given appropriate protection. We expect to be able to announce new measures and arrangements related to the most vulnerable this week," he said.

"As we have said previously, all inmates have been given masks and we continue to follow the recommendations for management of correctional facilities by the WHO and CDC," he added.

Stand Up for Jamaica (SUFJ) yesterday renewed its call for the release of low-risks inmates from the island's correctional institutions in light of the increasing positive cases of COVID-19 cases in these facilities.

Carla Gullatto, head of the organisation, said she is not advocating for the release of inmates who have committed serious crimes but those persons who have less than six months left to serve, children and mentally ill inmates.

"We are calling for mercy and we strongly believe that in any humanitarian crisis nobody should be left behind. Time is short with the spreading numbers of COVD-19 over the past two weeks, accountability remains vital in dealing with vulnerable people.

Jamaica, as of Saturday, had recorded 6,895 cases of the novel coronavirus, 120 of which have resulted in fatalities. The country is currently experiencing a surge with COVID-19 cases jumping from 2,459 on August 31 and death climbing by nearly 100, from 21, over the period.