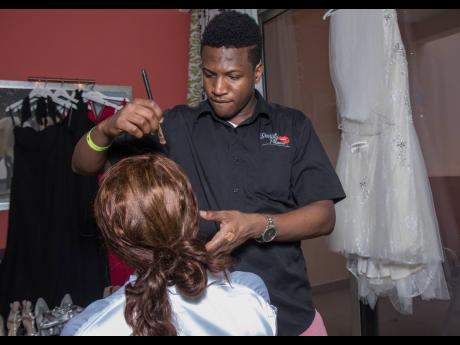 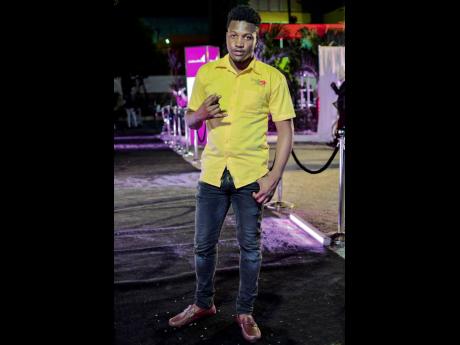 Ricardo Downer is a male make-up artist and aesthetician who believes he is unique and stands out from the rest.

"I have been doing make-up for five years now. I love woman empowerment and I love to see when I do my work, the reaction on a female's face and leaving my clients satisfied with my work," he said. The 26-year-old told THE STAR that he had planned on joining the Jamaica Defence Force but his plans changed.

"I wanted to be a soldier and was drafted twice but when I started selling make-up for my sister, who is a cosmetologist, profits were booming so I continued and then bought my own stock," said Downer. "What sparked my motivation in doing make-up was when I was at a fashion show, a girl approached me if I was a make-up artist and could do her make-up. I took up the offer and she was impressed. I then was approached by another person that booked me to do their make-up for their birthday."

He added, "I believe that beauty brings pleasure and that is my outlook." The young entrepreneur also does body waxing as part of his business.

"I think that women should not have a lot of hair. I like removing hair because waxing is healthy for the body. When you wax, it takes a while for the hair to come back so I believe more women do more waxing than shaving because there are more pros than cons," he said.

The make-up industry is known for being predominantly female which Downer admitted made things difficult. But he believes he stands out.

"Female make-up artists would make it difficult for me. Some men will make negative remarks but I don't let that demotivate me or my craft. With me being the only male make-up artist from Montego Bay, I stand out. If females are okay with me doing their make-up or body waxing, I'm good," he said. "I have other things involved in such as event planning, marketing and managing artistes."

Downer revealed that he gets bookings for destination weddings, birthdays and other events from persons overseas.

"I have also been fortunate enough to travel the Caribbean for bookings I received," he said. Looking to the future, Downer has plans to create his own cosmetic line.

"Beauty is a very big industry and I want a part of that. Learning the skills of doing make-up will help me to build the brand I want for the future," he said. "It is very competitive market and I have been getting positive feedback because I am very good at what I do as a male make-up artist. My loyal customers will recommend persons to me and that is like a wow factor. People will say to some of my clients 'is man really do your make-up?' so that is a plus for me."