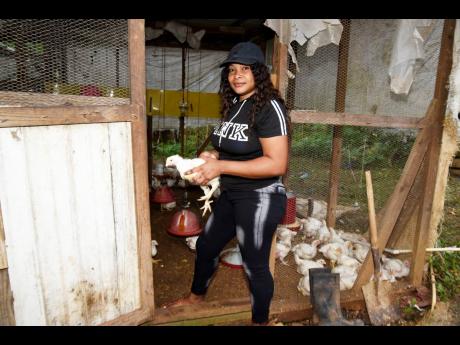 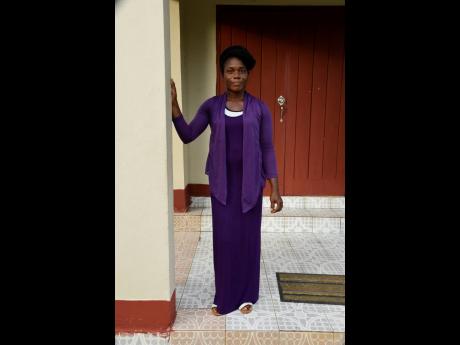 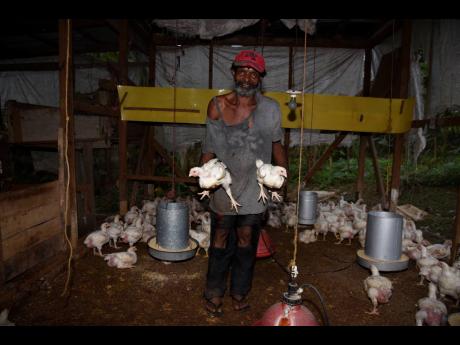 Hopeton Golding and his daughter, Sherece Golding, are partners in this small chicken business.
1
2
3

Sheree Whittingham, a hairdresser, said that COVID-19 all but killed her business that she operates from her home. Like many Jamaicans, she turned to farming for additional income, venturing into the chicken-rearing business. The existing job crisis, which has worsened since the coronavirus pandemic, has forced more residents of St Catherine into small chicken farming as a means of survival.

"I was raising chicken before but I had stopped and was concentrating on doing hair, but since COVID, the business was affected so I had to get back into raising chicken," she told THE STAR.

Whittingham currently supplies up to 400 pounds of poultry to the market, which consists of people in her community in Linstead. She sold her last batch last week and is waiting on a new batch she ordered a month ago.

Agriculture Minister Floyd Green said that Jamaica is on course for a bumper production of chicken meat this Christmas season. A notable portion of the chicken is being raised by small farmers like Whittingham, who turned to agriculture due to a fallout caused by the pandemic. The increase in production by small farmers has made it more difficult for suppliers of day-old chicks to fill demands.

"What has happened in relation to the baby chicks, what we have picked up is that a number of people who used to operate in other industries, who largely because of COVID-19 have unfortunately lost that employment, they have turned to the production of chicken to sustain themselves," Green said in Parliament last week.

Anthony Thompson, a construction worker who resides in Linstead, is among those who have found it difficult to source baby chicks.

"I presently put out three to four hundred pounds on the market, mainly supplying the jerk chicken man on the corner and people in my community," said Thompson, who entered the business due to the impact of COVID-19 on his earnings.

Not having the space to house more than 50 chickens at a time, Thompson is reeling from the delay in getting ready supplies of baby chicken.

"I slaughtered the batch I had last week, sold out and is still waiting on the order I placed at the time when this batch was picked up," he said.

Sherece Golding, along with her father Hopeton Golding, operates a small chicken farm in Middleton, St Catherine. She started her journey in chicken rearing before COVID-19 came to Jamaica, but out of a need to create employment for herself. According to Golding, a graduate of McGrath High, she completed a course in practical nursing, but has been unable to find a job. That is when she decided to go into poultry production.

"I started out in response to the joblessness, first supplying a few hundred pounds, mainly to the community people, but has since expanded where I now supply up to 1,000 pounds to some restaurants that have became my main clientele," Golding told T HE STAR.

"Even though a lot more people have lost their jobs, especially since COVID, and have come into the business, I am able to get rid of each batch I slaughter, mainly because I supply the same businesses from time to time," she added.