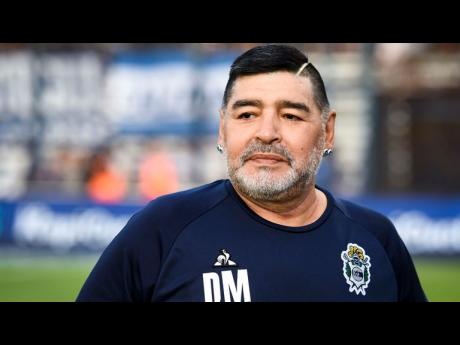 Maradona, who was released from hospital earlier this month after an emergency operation for a blood clot on the brain, suffered a heart attack at home.

Maradona was hospitalised in Buenos Aires, Argentina's capital, on November 3 for a subdural hematoma, which is an accumulation of blood between a membrane and his brain. He was released into the care of his personal doctor, Leopoldo Luque, eight days later.

He was regarded as arguably the greatest footballer of all time in a career that spanned 18 years and saw him winning the FIFA World Cup in 1986, and returning to the World Cup final four years later.

Known also for controversial moments, one of Maradona's most infamous incidents occurred against England at the '86 tournament where he scored with his hand, a goal now known as the 'Hand of God'.

He was also known for his time at Boca Juniors in Argentina, Napoli in Italy, and Barcelona in Spain.