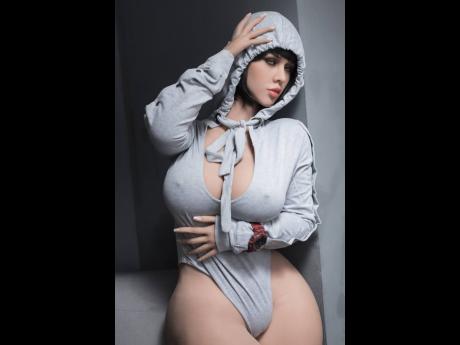 A sex doll company in the US has reported major increases in the sale of its products since the COVID-19 pandemic, and the sales manager said the entity is expecting a large volume of orders for the Christmas season.

Sam Pfauth, sales manager of RealDoll, said that interest in its products has spiked since the pandemic, adding that Jamaica is among the countries from which requests for its sex dolls have come.

"Social distancing and self-isolation have led to an increase in boredom, stress, as well as sexual frustration for many people," Pfauth said.

He said, however, that trade regulations currently prevent the shipping of the dolls to Jamaica and parts of South America that he said have been actively pursuing the inanimate objects, which are used for sexual pleasure and companionship.

The price for the dolls begins at US$4,000 (approximately J$588,900), which some people believe is a small price to pay for peace of mind considering they risk contracting COVID-19 or other viruses from sexual interactions with other persons.

Some doctors have recommended that persons either abstain from sex until the virus is under control or tone down on the level of intimacy during intercourse. Persons are encouraged to avoid kissing, wear a face mask during sex, and to avoid face-to-face positions. The doggy style has been recommended as the position that best mitigates the risk of contracting COVID-19.

Pfauth told THE WEEKEND STAR that the dolls are enjoyed by enthusiasts, whose sexual experience is enhanced with the feel-like-human objects, single adults, and film production crews, given their realistic human appearance.

He, however, said that the products are also viewed as companions. He shared the testimonial of an elderly man who bought a sex doll after his wife of over 50 years died.

"Last year, in the summer, we released a new sex doll face called 'Willow' and it turns out it was strikingly similar to what his wife looked like in their 20s. He bought the 'Willow' doll and he has her sitting on a bench in a common area of his house and he'll see when he walks past, and that will put him in a better mood ... or he'll hold the doll's hands or put his head on her shoulder," Pfauth said.

As for persons who view the use of sex dolls and toys as immoral, Pfauth said it's an amoral thing.

"That's just how that person chooses to have an orgasm. Even the holiest person on the planet masturbates. Having an orgasm is the entirely natural part of being a human being, that's part of our evolution, and as long as nobody is harming another person, I don't think there is a question of morality to even be addressed as it relates to how a person masturbates," Pfauth said.