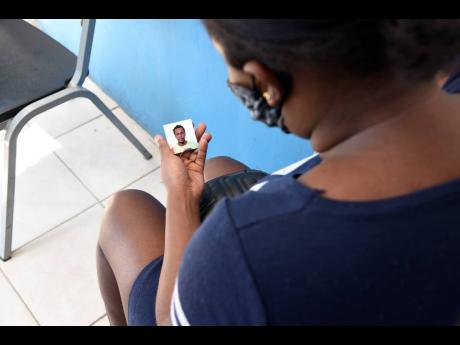 Nicole Queensborough looks at a photo of her father, Roderick, who was killed by her mentally ill brother in Browns Hall, St Catherine, on Sunday. 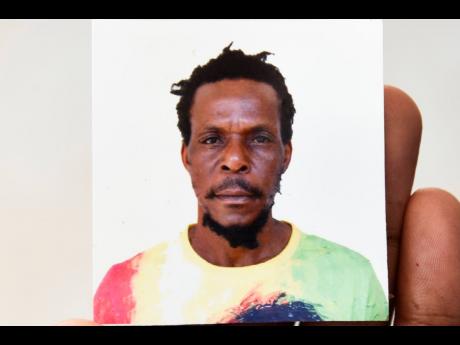 Roderick Queensborough, who was killed by his son, Romeo, in Browns Hall, St Catherine, on Sunday.
1
2

Roderick Queensborough and his son, Romeo Queensborough, were like peas in a pod. Although Romeo, 19, suffers from a mental illness and would sometimes be verbally abusive towards him, Roderick, a mason, had a special place in his heart for his boy.

The seemingly inseparable father-son bond was violently ruptured on Sunday when the teenager stabbed his father to death at their home in Browns Hall, St Catherine.

"Daddy was suppose to take Romeo to the hospital today (yesterday), but that never happen," Nicole, 21, Romeo's sister told THE STAR.

Her eyes welled up with tears as she reflected on the incident that robbed their family of a supportive father. "Mi bredda never like take the pill dem because him always say him nuh like how dem make him feel. When he is on his meds he is the sweetest and calmest person ever, but him cross when him off it," she said.

According to the Corporate Communications Unit of the Jamaica Constabulary Force, the incident took place about 3:30 p.m. Romeo has since been taken into custody.

Yesterday, Nicole relied on her cousin, Shauna-Lee Brown, for support as she struggled to come to terms with the shocking incident. As she mourns, Nicole said she is a roller coaster of emotions as she implores the authorities to show mercy to her younger sibling.

"They lived together all of their life and my father loved him endlessly. He wouldn't want him to go to prison. My dad didn't even want him to be in a mental institution the way he loved him. He kept him under his arms. Daddy was always a good father. Him love him pickney dem very much and he worked really hard for us. Our mother wasn't in the picture, so he had us from we were small," she said.

She said that when Romeo was not taking his medication, he would verbally abuse their father, but Sunday was the first time that he got physical. Similar sentiments were echoed by Brown.

"I just got a call that there was an emergency and that my cousin had stabbed my uncle and he had run to the neighbour for help. We nuh sure if there was an argument before or anything, because is just the two a dem alone live. By the time me reach the hospital my uncle was dead," she said.

Nicole tearfully re-emphasised that she is hoping that Romeo will be given the medical assistance that he needs and not be condemned to prison.

"Mi father wouldn't want him go down," she said.