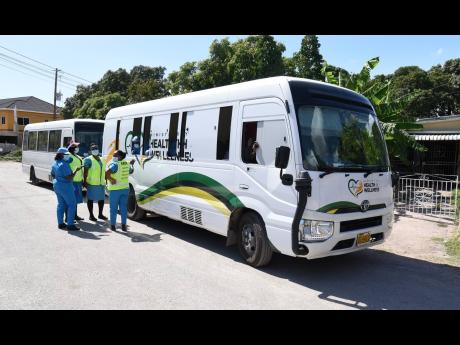 The Ministry of Health and Wellness’ mobile unit waiting on persons in Washington Gardens to take the COVID-19 test. 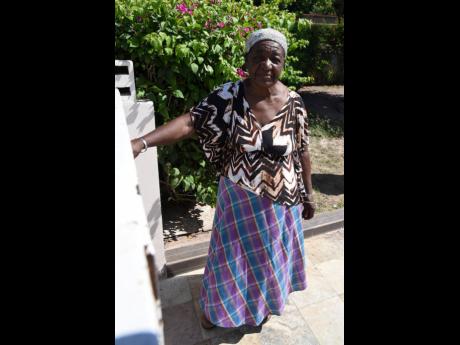 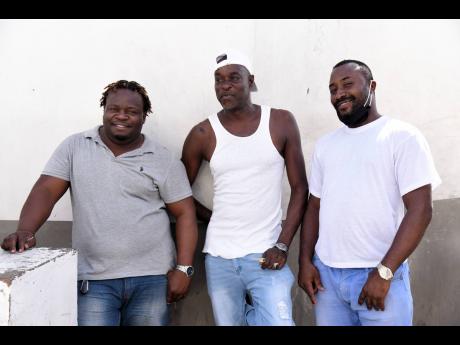 Taximen (from left) Nappa, Junior and Hardball say that they will not take the COVID-19 test and will only take the vaccine if the Prime Minister takes it first.
1
2
3

Delletha Jimson-Adams is taking no chances with COVID-19. The 72-year-old was among several who took advantage of free COVID-19 testing offered by the Kingston and St Andrew Health Department when its mobile unit visited Duhaney Park and Washington Gardens yesterday.

"The thing is right here at my feet, so why not use it?" the mother of four reasoned. Adams, who resides in Washington Gardens, said she believes it is important for people to do the tests as it is important in controlling the spread of the dangerous respiratory illness. She also said that Jamaicans should be open-minded about taking the vaccines, distribution of which could begin as early as April.

The Ministry of Health and Wellness said that there have been 14,550 confirmed cases of COVID-19 in the island, 331 of which have ended in deaths. Some 2,239 of the cases are active. More than two million people have died from the disease worldwide, 400,000 of them in the US.

"As long as it is safe, people should take the vaccine," Adams said. George Cole, an aspiring musician, also took advantage of the free COVID-19 tests.

"To how Jamaica stay now with this COVID thing, you have to ensure that you are alright, and by extension your family. That is the reason I took it," he said. Cole, who revealed that he struggles with high blood pressure, said he is also open to taking the vaccine.

Some 146,000 Jamaicans are set to get vaccinated in the first phase of the programme, which is expected to start in April and end in August. However, the Government may have trouble convincing many persons to take the jab.

"No sah! Mi nah do it. Wah sense it mek? A kill dem wah kill off more people wid dem arguments bout vaccine," said Tallman, a taxi operator, who baulked at the free COVID-19 tests. Tallman is adamant that the authorities are trying to trick the people with COVID-19 in order to gain control over the population.

"Di Prime Minister (Andrew Holness) affi tek it fuss, because mi know him nuh sure about it either and wi affi a see dem a put the syringe down inna di bottle and a draw up the fluid and a inject dem," Nappa said. "Mi nuh wah see nuh syringe weh lock already and yuh have doctor weh a pretend fi juk dem wid it, like yah try trick people. Mi watch too much TV and TikTok fi see wah gwan, so mi nuh deh pon dat."

Holness has declared that he would be taking the COVID-19 vaccine and has encouraged all members of parliament to beseech upon their constituents the need to get the jab.