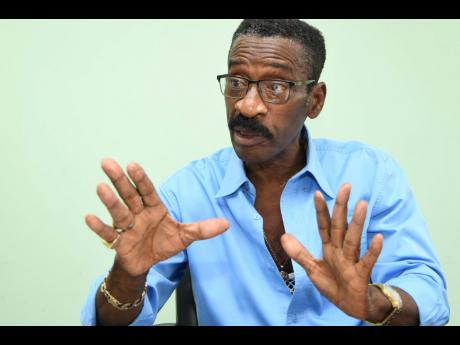 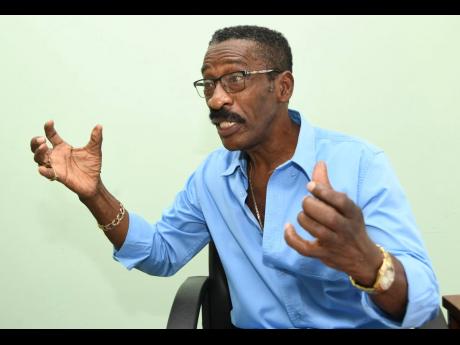 Retired Senior Superintendent of Police Radcliffe Lewis: “You have to be tough, especially when dealing with Jamaicans. Judges must not have any discretion.”
1
2

Retired policeman Radcliffe Lewis wants the nation's judges to be dread in handing out sentences for murder and gun-related offences. Lewis, who retired at the rank of Senior Superintendent of Police in 2013, said that a lot of the sentences being imposed now are too soft, and argued for tougher penalties against gun crimes and murders.

"Give them 50 years, no parole!" said Lewis during an interview with THE WEEKEND STAR. "That is life sentence," he underscored.

Jamaica's Constitution frowns upon the concept of mandatory minimum sentences as it breaches the separation of powers doctrine. But tough-talking Lewis wants judges to get tough when it comes to sentencing persons convicted of murder and gun-related offences.

Jamaica has recorded more than 170 murders since the start of the year, 80 per cent of which involve the use of the gun. Lewis said that it is important that lawmakers and judges alike recognise the need for stringent measures in taming the crime beast.

"Sentencing is supposed to be a deterrent to crime, and the sentencing now is inconsistent. It is being done in a haphazardly manner. One judge gives a man 50 years, no parole for criminality involving gun. It is the same situation where another criminal have done the same and is given three and five years. It cyah work suh! I am saying that now, when it comes on to gun crimes, it must be consistent," he said.

Lewis, known for his colourful sound bites, said that it will take a collective effort from all Jamaicans in order to free the country from the bloodletting that continues to keep citizens hostage.

"The government need support from everybody -- from you in the news media, the private and business sectors, bar association and non-governmental organisations. They must come together and give the government support. In addition, a lot of persons in the Opposition, and persons of influence, are calling on the government to do something to control the crime. But when they are asked, like how you asked me now, and I give you my recommendations, they are not saying anything," Lewis said.

"They are saying that it is government's duty to implement strategy. Serious crimes have been affecting this country since 1966, and all of the strategies that are being employed now were employed already. Been there and done! The two things that was supposed to help the Government to control crime was the SOE (State of Emergency) and NIDS (National Identification System), and it was shut down by the court. And speaking about the judiciary, it has to be known to them that they are a part of the crime-fighting strategy. Sentencing is supposed to be a deterrent to crime, and the sentencing now is inconsistent."