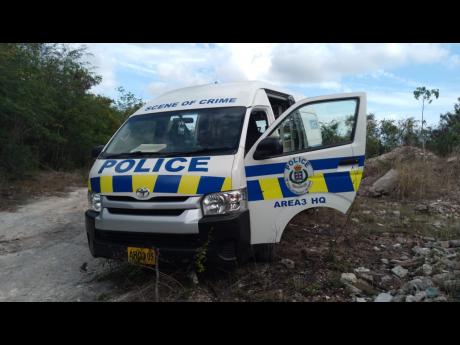 The identity of the body could not be immediately determined because of the state of decomposition.

For days, cops have been on the hunt for the 44-year-old teacher and bailiff who went missing on March 30.

On Saturday, the police recovered the car of the missing teacher during an operation in Bellfield near Bellas Gate in St Catherine.

The police say one man was killed and a firearm seized during the operation.

On Tuesday night the man who escaped turned up at a hospital with gunshot injuries.

Deputy Commissioner of Police in charge of crime Fitz Bailey says the brother of the slain suspect is among three people now in custody in connection with the probable murder of Dawkins.

Reports from the Four Paths police are that Dawkins was last seen at home about 11:30 a.m. when her neighbour contacted her about her car alarm that kept going off.

The police further reported that the following morning, her relatives tried to contact her, but the calls went unanswered.

*An earlier version of this story had incorrectly said a brother of Dawkins was in custody in connection with her presumed murder. It is in fact the brother of the deceased suspect.