Bigger fines coming for those who litter 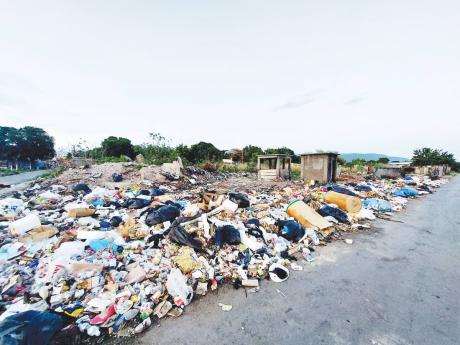 A dump site in Jones Town. 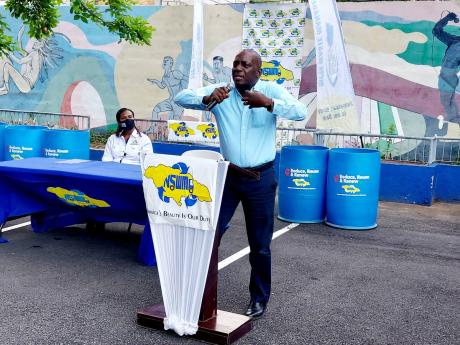 Executive Director at the National Solid Waste Management Authority (NSWMA), Audley Gordon, has warned that persons who are caught littering will be slapped with stiffer penalties as his agency seeks to rid the country of uncleanliness.

"Some of the fines are a $100 or $200 so it is not a deterrent. But bigger fines are coming. We have reason to believe in short order, I don't want to put a time on it because it is really not my call, but I know the work has been done already and there will be fines that will hurt and people are going to be afraid of doing things that will touch their pockets," stated Gordon.

He was speaking at a ceremony in Jones Town, Kingston, yesterday that launched the 'Drum a Di Gate' initiative, which is being organised by the NSWMA in association with Hardware and Lumber (H&L), who will be supplying 200 drums per month for a year.

The aim of the programme is to encourage residents to properly secure their solid waste and enhance the aesthetic of their respective communities.

Littering continues to hamper the Government's attempt to beautify Jamaica, but Gordon thinks that the problem can be resolved if more persons believe that they will be punished severely if caught.

"I want to drop some fines on some people because some a wi too stubborn. Dem ears too hard, no matter how yuh come in and talk to dem and massage their little ego and try get dem to partner wid us. It is not for you alone, but for everyone in Jamaica. One community at a time will have a clean country," he said. "How do we get people to take a personal responsibility for the solid waste that they generate? How do we get people to say 'no, I used this bag here and eat mi patty, so it is therefore my responsibility to keep it safe until I find somewhere suitable to dump it'?"

Gordon also said that it is difficult to increase the number of solid waste enforcement officers in designated areas, although he lamented the idea of such stringent measures.

"Nobody should hold a baton or gun at your head to tidy up your yard. The taxpayers are asked to foot a bill that could be avoided by better behaving people. If we were to go into each community and recruit wardens our budget wouldn't allow it. At some point in time it has to be the collective will of the people, the coming together of the consciousness, the civic mind of the people for it to work," he said.

"A man nah go drop something a Singapore, or in New York or Toronto because he knows that, first of all that it is not right, and secondly that he will be charged because cameras are there all around the place. Our democracy is very young so we don't get to that stage yet but we will get there over time," he said.

The first distribution of drums in the Corporate Area will be completed in the community of Allman Town in Kingston.