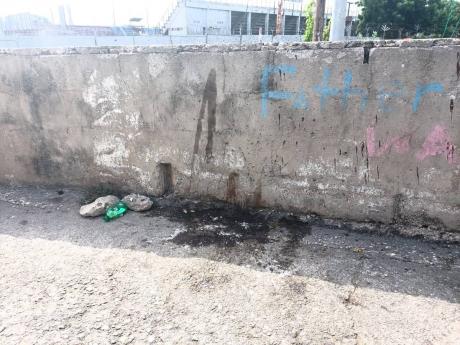 The spot on Curry Pathway where young Jaheim was shot while riding his bicycle last Thursday. He died in hospital the following morning. 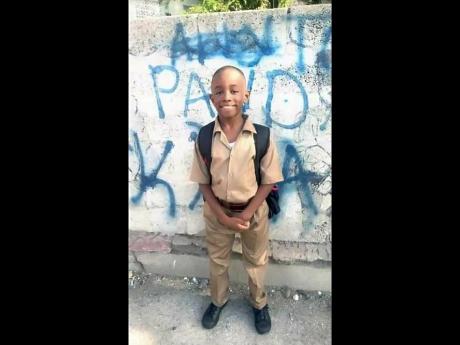 Jaheim Bogle, of Arnett Gardens, St Andrew, was considered to be the most promising among the children in his community.

Unfortunately, the former Iris Gelly Primary School student will not be able to fulfil his potential. He died approximately 8:54 Friday morning at the Kingston Public Hospital, after being shot in the head while riding his bicycle during a drive-by incident the day before. His death sent shockwaves across social media.

His mother Monique Estrene and father, Akeem Bogle, say that it will be impossible to move on, as their son had ambitions to become a pilot, musician and firefighter.

Jaheim was shot along Curry Pathway near Collie Smith Drive, and residents had nothing but good words about the youngster, affectionately called 'Fry Yiy' by his peers.

According to Fire High, a well-known herbalist, Jaheim was way ahead of his time. He also said that the youngster was a leader and had the respect of adults.

"Is a brilliant likkle yute that enuh!" said Fire High. "Him tek yuh back in time to when youth a grow wid parents weh instill the right values ina dem pickney. Jaheim was a shining star and everybody here know that."

"A Sunday evening dem deh yah, and him a say him wah change him side because dem let him down. Him and him fada bring England. Di whole a wi siddung yah so a watch di penalty shootout (between England and Italy in the finals of the Euro 2020 Championships)," he said. Residents said Jaheim was like a leader to the other children as they called on him for everything, from playing to doing schoolwork.

Estrene, a security guard, told THE STAR that Jaheim, the older of her two children, had made her proud. She recalled a moment when he taught classmates after the teacher lost electricity during an online session. Bogle, an up-and-coming artiste, who goes by the moniker Prince Ikeem, remembered Jaheim, his only child, as innovative and intellectual even as he struggled to articulate his thoughts.

The bond between Jaheim annd his father

Ottey, a hairstylist, said she always admired the bond between Jaheim and his father and would regularly encourage her nieces and nephews to keep company with the 'wonder kid', who had "a kind heart". Kimberly, one of Jaheim's aunts, said he was one of the most mature 10-year-olds one could ever meet.

"I know I have to be there for her (his mother) because he was everything to both her and his father. They had a gem," she said.

Jaheim was shot about 5:30 p.m. However, just moments before the shooting, Fire High said the youngster and several other children were playing at his gate.

"But him ride off say him ago check him fada. Just ride off enuh," he said. Another neighbour said that everyone is traumatised and that many of Jaheim's friends have locked themselves inside their homes since Thursday.

"Normally yuh would see baay pickney pon di outside right now, and if dat never happen and unuh deh yah same way, a 'bout three times unuh would a see Jaheim a ride pass wid pickney a run behind. Round a my side, everybody a tell dem pickney fi come off di pathway and stay inside."

The police are appealing to anyone with information to contact the Denham Town police at 876-922-6441, Crime Stop at 311 or the nearest police station.