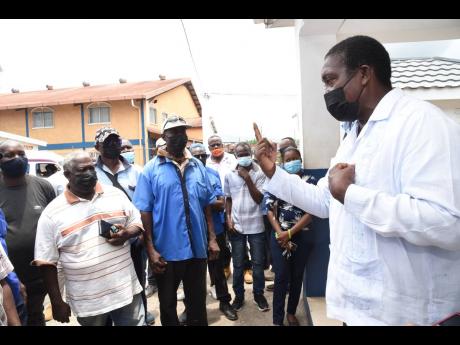 Transport operators have rejected the 15 per cent increase in fares that has been granted by the Ministry of Transport and Works. The Transport Operators Development Sustainable Services (TODSS) and the Jamaica Association of Owners and Operators (JATOO) have described the increase as insufficient, and have called for a minimum 50 per cent fare hike.

Transport operators last Saturday voted overwhelmingly to reject the 15 per cent increase, and instead request dialogue with the Minister of Transport and the Head of the Transport Authority.

Some taxi operators in the Corporate Area told THE STAR yesterday that the 15 per cent increase in adult fare is simply not enough to keep their business afloat.

"The 15 per cent is rubbish, cost of living, gas and everything gone up. Di 15 per cent won't make any much difference. As of tomorrow (Monday) a $150 or else yuh cyah drive wid me," said one cab driver operating on the Cross Roads to Vineyard Town route where commuters currently pay $100.

A coaster bus driver, Richard Edwards, who traverses the downtown Kingston to Morant Bay, St Thomas, route, said that he will be charging commuters an extra $50.

One operator described the 15 per cent as a "hit in the face." He said that decision by the transport minister not to increase the fares being paid by commuters who ride the Jamaica Urban Transit Company (JUTC) buses puts private operators at a disadvantage.

"I believe that this is a catch, because mi feel dem just wah run commuters to the JUTC bus dem but dat cyah go happen because di taxi dem more efficient. Di Government need to know that 15 per cent is foolishness and cannot cover total expenses," said Kevin, who operates the Half-Way Tree to Seaview Gardens route in Kingston.