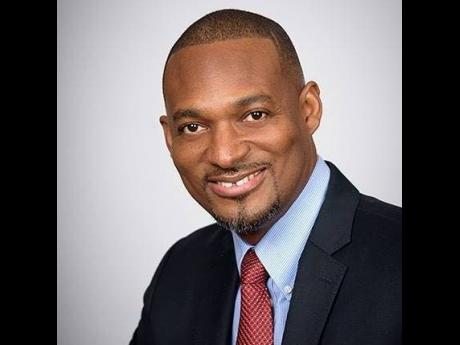 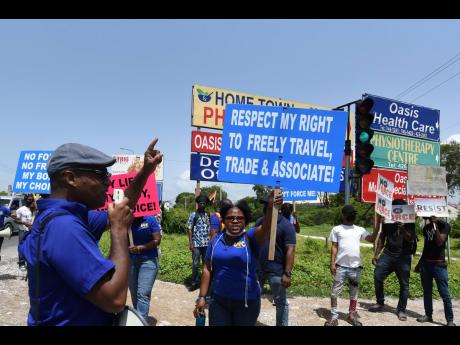 Joseph Patterson, president of the United Independent Congress (UIC), is planning to lead a march on Gordon House next week to push for the resignation of all 63 members of the House of Representatives.

Patterson has been organising marches, dubbed 'The Walk for Liberty', across sections of the country, the first of which took place on Independence Day. He said that next week's march is to press for the resignation of Prime Minister Andrew Holness and to transmit the message that Jamaicans will not tolerate anymore lockdowns or accept a vaccine mandate.

"We are hoping that the march on Gordon House will reach about 500,000 persons. Of course, that is not a cake walk, but we are hoping that we can open the eyes of Jamaicans to realise that not only is their freedom at risk, but also their lives, because we don't have a transparent government that will let us know exacting what is being injected in ourselves and children," he said.

The UIC was registered as a third party in 2019, but did not contest the 2020 general election. Its leader has been pushing for the use of Ivermectin in the treatment of COVID-19 patients. The Ministry of Health and Wellness said that it has reviewed existing information on Ivermectin and has concluded that there is not enough information to recommend, for or against, the drug for use in COVID-19 treatment.

"The prime minister (PM) did not allow Ivermectin to be used as an early out-patient treatment, which could have saved many lives from last year until now," Patterson said.

The leader, who has not been vaccinated against COVID-19, said that next week's march is not part of an anti-vaccine movement. He said it is more about Jamaicans being entitled to choose their own medication and allowing them the freedom of movement about.

"There has been an effort to silence persons who have anything to say about this vaccine or are not in agreement of some of the things that the PM says. This creates concern; and the fact that there are inconsistencies with the science is another reason for concern. We are moving from 'this vaccine will help you to going back to normal', to the point where 'it will keep you from not being terribly sick and die,'" Patterson said.