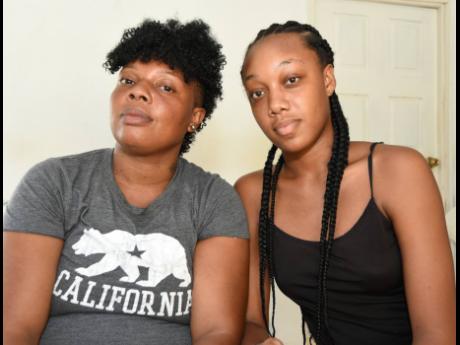 Siblings Gillian Rose-Mckoy (left) and Abigail Junior believe that their mother Beryl Junior, who was admitted to hospital for asthma issues, contracted COVID-19 there and later died. 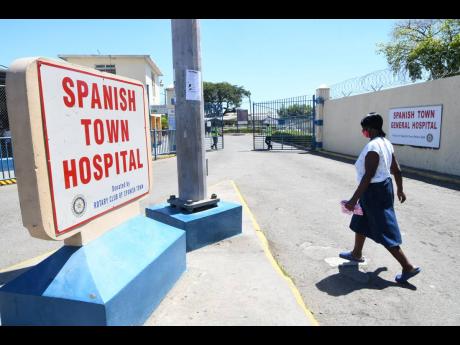 A family in Lluidas Vale, St Catherine, is mourning the death of their mother, 56-year-old mother Beryl Junior, who they say contracted COVID-19 while she was a patient at the Spanish Town Hospital where she was admitted with asthma problems.

Junior's eldest daughter Julian McKay, said her mother developed breathing problems associated with her asthma, and was taken to her family doctor who did a COVID-19 test that returned a negative result. According to McKay, her mother's condition worsened, prompting the doctor on September 6 to suggest that she be taken to hospital as her oxygen was low. McKay said that her mother was admitted that night, and the hospital performed a COVID test that also came back negative.

However, the family said that on September 12, they were told by hospital authorities that their mother had passed away from COVID-19 complications the day before.

"Our mother was COVID free when she was admitted, she must have caught it there," said McKay. She also alleged that her mother was in a wheelchair for four days and was sharing oxygen with a patient who had COVID-19. Stacy Ann Lynch, another sibling, who visited her mother in hospital, said she was sharing a room with another patient.

"It was just crazy. After our mom died that was when they called us to tell us, 'oh your mother died from COVID-19 because we did another test and it came back postive'. This is what is puzzling us because we know she was COVID free when she got there," Lynch said. The youngest of the four siblings, Abigail Junior, was adamant that their mother did not contract the virus before going to hospital because all the children tested negative for COVID on August 23.

"You see all of us in this household follow protocols, and our mother was not an outgoing person. Even if she has to go out she would use private transportation," she said.

CEO at the hospital, Jacqueline Ellis, said she has just been made aware of the matter and could not provide a fulsome response.

"The matter has just been brought to our attention by you, and we cannot provide a response at this time, but what we can assure is that an investigation will be carried out," Ellis said.

The siblings described Junior as a perfect role model who worked very hard to raise them, and instilled proper values in them. They say the grief is devastating and even with the complications that she has endured for years without hospitalisation, they did not expect her to pass so soon.