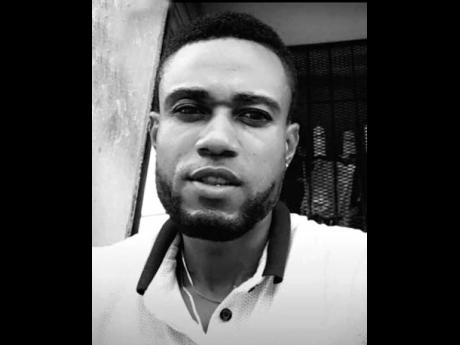 The mother of Arlon Shakes who was murdered last Saturday in Dunkirk, east Kingston, said that she is prepared to forgive his killers if they are willing to repent.

Although deep in sorrow, the grieving mother said she has found the strength to look beyond the pain. She told THE STAR that it has not been easy since losing her son, who was her 'wash belly'.

"Since it happen, is like me tormented, mi cyah sleep. Mi church sister dem come and pray for me but is like the only thing mi can think of is that look how 'Steve' go dead so. Mi lose mi mother and brother already but a dis mi feel the most. Losing him, and losing him so, it hurts! But I am trying and I am going to get over it," she said.

And although she maintains that her son is innocent and did not deserve to die in such a manner, she believes that forgiveness is the way to overcome the hurt.

"If dem could a just change dem lifestyle and repent. Mi say 'God, di one who tek away mi son, mi want him fi repent ... mi want him fi change him lifestyle'. That is what I tell my God ... Jesus know all of their hearts," she said.

Shakes would have turned 38 this Sunday. His mother described him as a helpful person who spent much time nurturing his plants. Shakes, a former Excelsior High School student, was shot multiple times in the upper body after armed men travelling on foot pounced upon him while he was sitting in a bar.

The police said the incident took place sometime around 1:30 p.m. in 1ten, a volatile section of Dunkirk. Head of the East Kingston Police Division, Superintendent Tomielee Chambers, said the incident has somewhat dented the police's drive to restore law and order to the communities in the division.

"Even though COVID is around and we are maintaining COVID restriction protocols we have been engaging the communities more by having regular walkthrough, which takes place every week. This incident is a real tragedy, one in which we seek to prevent going forward with our increased community-based policing measures," she said.