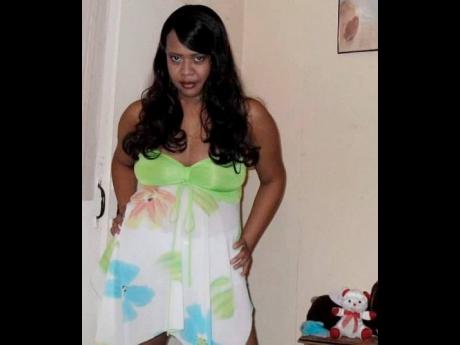 A tearful Bruce Lee said he will never forget the days when his late wife, Alecia Hamilton, would walk with him for miles to parties as he tried to make a name for himself in the music industry.

Hamilton reportedly died while undergoing heart surgery at the University Hospital of the West Indies (UHWI) yesterday. The popular radio disc jockey, known widely as ZJ Bruce Lee, blamed the hospital for his wife's death in an emotional Instagram post. He told THE STAR that Hamilton, to whom he was married for nearly 20 years, was his best friend, lover and an exceptional mother.

"Like literally yuh no find dem woman again. I remember the days dem, and this was before mi even go pon radio, di amount of clubs weh mi used to play and the likkle dances dem, how she used to walk wid me or tek bus. No joke!" he said.

"Mi get one likkle car. Dat never mattered to she cause she never put value on material things. Mi don't even want to talk too much because mi ago buss out into tears. How mi ago explain this to our daughter now?" Lee cried.

Prior to his wife's death, Lee showed a list with the estimated cost for his wife's surgery and the care which came to a total of J$1,025,000 for hospital fees and equipment and another payment of US$3,700 (approximately J$568,000) for consumables. Lee disclosed that in 2017, they discovered that there was an issue with his wife's heart when she was admitted in hospital for kidney-related issues.