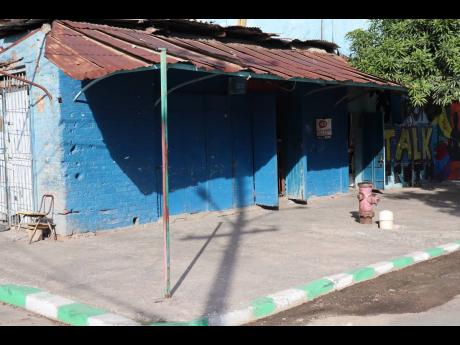 The shop where 17-year-old Rohan Murray purchased butter before he was gunned down in Southside, on October 14 last year. 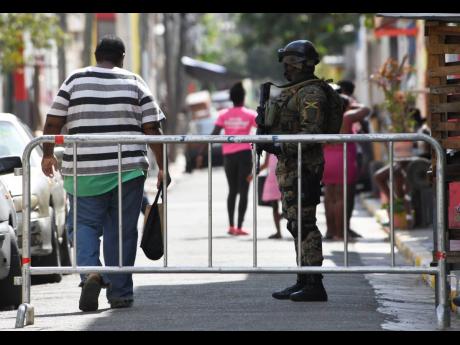 A soldier stands guard at a checkpoint in Parade Gardens, central Kingston, which has been declared a zone of special operation.
1
2

Juliet, who operates a cornershop in Southside, central Kingston is smiling broadly as her business has been booming again since Sunday when Prime Minister Andrew Holness declared the area a zone of special operations (ZOSO) for 60 days.

Juliet told THE WEEKEND STAR that the peace, which now permeates the air, has given her the sort of comfort she never thought of experiencing again, particularly after last year when a deadly gang war between the Genasyde and Darkside factions was playing out.

"Normally as it touch 5 o'clock mi start look fi lock up," said Juliet. She also recalled the frightening moments when 17-year-old Rohan Murray was shot and killed shortly after he had purchased butter at her shop.

"Mi get so fraid... Di likkle boy just order him butter and two seasoning cause him say him did a cook. When mi hear the shot dem mi start bawl out fi Jesus," she said.

According to police statistics, the violence claimed 79 lives in 2021.

Simone, a vendor, hopes that the ZOSO will help her recoup some of the revenue she lost.

"Over $200,000 alone in spoil goods. Then mi couldn't come out a early mawnin time and inna di night when mi mostly get mi sales. Di place did come een like a ghost town, so it never mek no sense come out. So tru that now, mi affi change the goods dem inna mi shop and start sell certain wholesale products. Mi lose whole heap because a right cross the road mi deh in front of 'Mr Chin' [referring to a wholesale]," she said.

In areas like Tel Aviv, Parade Gardens and Southside, the news team observed the joyous manner in which children played, as well as the reopening of other shops that were forced to close because of the in-fighting, which began in September 2020. One group of young people said they would like the security forces to remain throughout the year.

Marsha*, who disclosed that she returned home on Tuesday after a three-month hiatus, said they do not want to experience a year like 2021.

"Wi need more than 60 days because who a do di foolishness dem ago just simple wait until April before dem start fire back shot," she said.