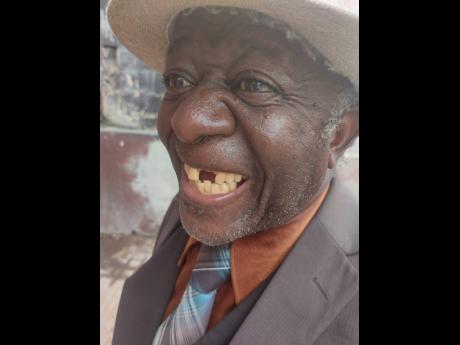 Despite his attempt to clear the air, Clarke said that he is still being tormented and has suffered bodily harm as a result of the incident. He said that a man "drape mi and 'tump' out mi front teeth after the video [was] released."

"I was going to Price Rite side, and di man start cuss and say mi muss come off the bus, and him double him fist and go suh wham inna mi teeth," Clarke said as he pointed to the space at the front of his mouth where his tooth was once located.

He said that God was vexed about what has been done to his servant, unleashed a plague on the land. That plague, he said, came in the form of COVID-19.

"Because of what dem do to mi, Corona take di whole world," Clarke told THE STAR yesterday. "Because dem have mi on video all bout, God fix dem business because if the Corona never come, dem woulda kill mi."

Clarke recalled being in the downtown Kingston area on the day of the infamous incident when a group of persons called him to pray for them. He said that he genuinely thought he was required to petition the Throne of Grace on behalf of the wayward souls, but little did he know that they had ulterior motives.

Clarke, originally from Jeffrey Town, St Mary, said that although it has been four years, he continues to feel the effects of the viral video.

"Some a dem dead off, enuh. Mi member mi a preach already and a bus driver bring up the video on the phone and show di passengers dem, and dem start laugh after mi, and not long after dat him just drop dung and dead," Clarke said.

In a previous interview with THE STAR, Clarke said his wife has walked out on him following the viral incident but said they are back to being a happy couple.

"Mi and her happy now man. Her daughter buy a house and we live together. Mi just a preach and do mi ting because mi can't stop," he said.

The preacher man said that he has expanded his ministry, and has now stepped into the entertainment arena as he seeks to deliver souls for the Kingdom of God. He said that his debut single, It Inna Me, will be released soon.

"I am doing music and is a nice sing. I just need the place to go, the studio to get it done the right way, and record It Inna Me properly. Mi a play it a road same way, and the people dem like it when mi perform it, too," Clarke said.