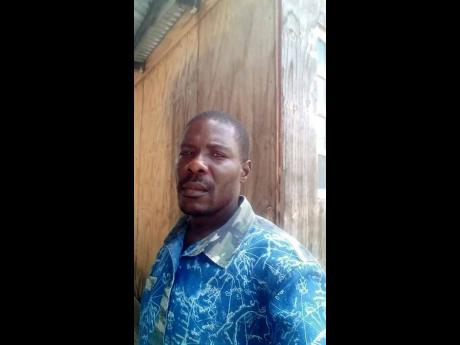 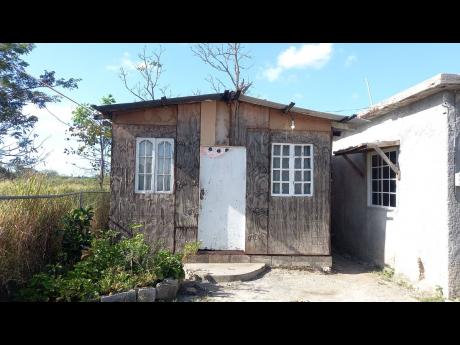 The home where Morgan lived with his wife and stepson. 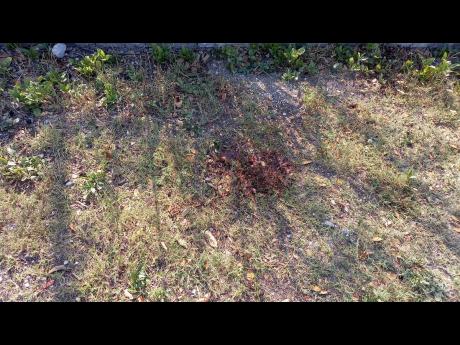 Blood stains on the ground show the aftermath of the incident.
1
2
3

Four days after celebrating her wedding anniversary with her husband of four years, a Clarendon woman’s life was thrown into chaos after her partner was murdered, allegedly by her 16-year-old son, following a dispute over the use of a bathroom.

The incident, which claimed the life of Conroy ‘Jefferey’ Morgan, took place in Environs, Four Paths in the parish on Monday.

Reports from the police are that about 6:40 p.m, Morgan and the teen were at home when an argument developed between them. Morgan used a black kitchen knife to stab the teen to his left hand, causing a wound that bled.

The teen reportedly used a brown handle kitchen knife to stab Morgan to the left side of his neck. The man ran through the back door and fell to the ground. He was transported to the hospital where he was pronounced dead.

The teen has since been arrested.

Relatives yesterday said that Morgan, 45, and his stepson had a long-standing feud that spanned several years. The cause of that dispute, they theorise, was the teen’s disregard of the relationship his mother shared with Morgan.

“It’s like the guy jealous over him mother. He’s an only child so a just jealousy cause this,” an uncle of the teen told THE STAR.

Similar sentiments were shared by another relative, who said, “That bwoy hate the man. Him never want him mother and the man fe talk.”

Morgan and his wife celebrated their fourth wedding anniversary last Thursday. Morgan’s sister-in-law said he and his wife, her sister, shared a beautiful love story.

“The material weh God use make my sister’s husband nuh make again,” she said of her brother-in-law, whom they called ‘Uncle Jefferey.’

“Uncle Jefferey was one of the nicest persons I ever come across. He’s loved by everybody. We will never get over this. He’s my brother-in-law, but he’s my friend.”

The aunt who lives next door to Morgan’s home, said she was alerted by screams from another neighbour, crying that Morgan had been killed.

Speaking of her nephew, the aunt said, “Mek mi tell yuh the truth weh God love, mi expect anything from him...Anything! My nephew never loved him and him never hide it. There was no love between them.”

Blood stains at the family home yesterday was a telling tale of the horror that unfolded on Monday; testament of the tragedy that has gripped the usually quiet community.

The teen’s uncle said the family is shocked and devastated by the incident.

“Last night when mi hear, mi feel like me a guh dead, ‘cause me never know say something like this could a gwaan. To how the man (Morgan) loving and everybody love the man, why this bwoy kill the man? A the man work and put food pan the table, send the bwoy a school and deep down in a yuh heart yuh a carry grievance fe the man? Fe wah?” he questioned.

He described Morgan as a genuine man, who was well-loved by relatives and the community. “He was so quiet. Me even a say to me sister, ‘A weh yuh get this yah quiet man yah from?’ Him nuh make nutten trouble him,” he said.