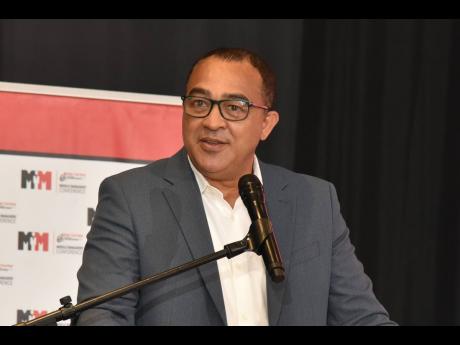 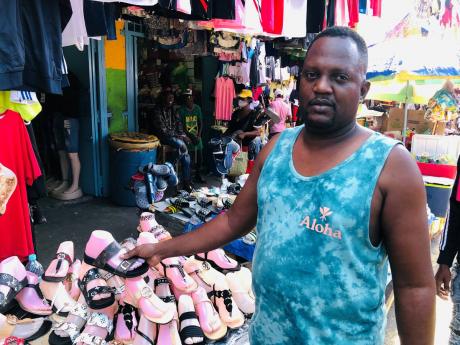 Shoe vendor Coach is against any possibility of a return to lockdowns.
1
2

While bracing for a spike in COVID-19 cases, particularly of the "highly transmissible" BA.2 variant, Health Minister Dr Christopher Tufton told THE WEEKEND STAR that he supports the Government's decision to lift the mandate for wearing masks.

"The mask mandate is not a recommendation not to wear a mask. The mask mandate removal is a policy that says you don't have to, but if you think that you need to, you should assess and wear your mask. And, therefore, while there is a risk that says you don't have to, the management of that risk is up to you to say 'I will where I think I may be at risk'. I think that is an attempt at balance, an attempt while doing the restriction removal, an attempt at getting back to normality that we all seek and desire for other benefits," he said.

Jamaica's positivity rate as of Wednesday is 11.6 per cent. The seven-day average currently stands at 8.6 per cent. The number of confirmed cases is now 129, 862. On Wednesday, Jamaica recorded 115 new cases. There have been 2,955 deaths, with little more than 97 per cent of those persons being unvaccinated. However, hospitalisations and deaths associated with the virus remain relatively low. Speaking at a press briefing held at the ministry's New Kingston offices on Thursday, Tufton reasoned that the current low rate of positive cases meant that the Government could afford to take calculated risks in reopening the country, as displayed by other countries with similar numbers.

"The general response is that we need to get back as much as possible to normality because, after two years, we were really under stress as a society. There were several side effects affecting our economy, our children not being able to go back to school. And so the relaxation was intended, also in keeping with an assessment of the COVID risk, to achieve that balance," he said.

Tufton added that the Government will not reverse its decision to lift the requirement for a COVID pre-test upon entry into the country. He noted that countries that had spikes were seeing decreases in positivity rates and the hope was that the same would happen in Jamaica "with a not so steep corresponding increase and decline in hospitalisation".

Meanwhile, Tufton said it was imperative for the Government to lift the COVID-induced ban on the entertainment industry, which was shut down for the better part of two years at much social and economic cost.

"To remove restrictions and keep entertainment closed would, frankly speaking, be a highly equitable position and clearly not address the balancing that we sought to achieve when we decided to take those measures once we saw the decline of the last wave," he said. And vendors in downtown Kingston are hoping the relaxation continues as they have no intention of going back into lockdown. Sivva, who sells women's apparel, said he went into hiding when COVID-19 hit Jamaican shores.

Coach, another vendor along Beckford Street, told THE WEEKEND STAR that he will not be going back inside because he still has doubts about the coronavirus.

"We deh downtown all through and all now me nuh see none a my friend dem ketch COVID and none a we never dead. All now me nuh know nobody weh ketch it," he said.