PM wants business to be as Jamaican as speed and talent 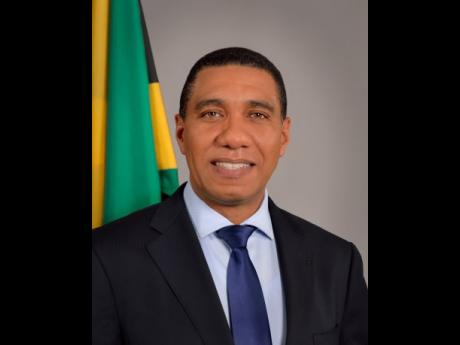 Prime Minister Andrew Holness, is looking ahead at economic liberation for Jamaica, as the nation celebrates its diamond jubilee, ‘Jamaica 60’.

Speaking at a church service on Sunday (May 1) as part of Jamaica 60 launch activities in New York, the Prime Minister underscored that Jamaica has been a “net exporter of talents”.

He said the Jamaican people continue to be trailblazers, “Just as we run fast, we sing well, we dance well and we are good poets, we should also be known for our scientists and business people, and that must be the mission for the next 60 years,” the Prime Minister said.

He urged that there must be some assessment on how Jamaica has administered its affairs.

“We have to change the mindset of many of our intellectuals and our leading voices,” the Prime Minister said, calling for more support of Jamaican businesses, increased manufacturing of products and more Jamaicans becoming innovators and creators of technology.

Minister of Culture, Gender, Entertainment and Sport, Olivia Grange, lauded the bond that has been shared between Jamaicans living abroad and those at home. She said the Jamaica 60 activities will celebrate “one Jamaican family” through the globally unifying theme of ‘One Love: Reigniting a nation for greatness’.

The Minister saluted the achievements of noteworthy persons of Jamaican parentage in the United States who have gone into public life, such as Vice President Kamala Harris and Supreme Court Justice Designate, Ketanji Brown Jackson.

Among the list of activities for ‘Jamaica 60, New York’, Minister Grange highlighted a joint cultural showcase with Turkey, France, Germany, South Africa and Japan, which will take place in June, and a cultural photographic display during the months of June and July at the Jamaican Consulate in New York.

There will also be a family fun day and a reggae/jazz concert at the Lincoln Center.

For Independence Day, August 6, the Jamaican flag will be raised in a ceremony at the Brooklyn Borough Hall.