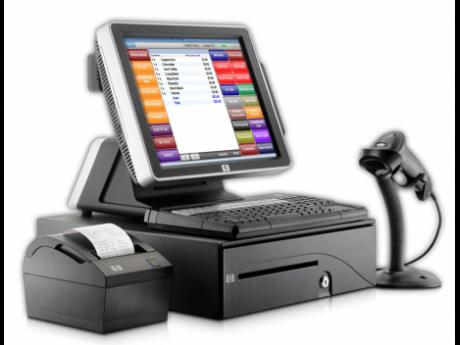 The high-pitched scream of a cashier echoed in the courtroom of the Kingston and St Andrew Parish Court on Tuesday as she was sentenced for fraud-related matters.

Nastassia Spence, 24, was sentenced to six months' imprisonment at hard labour, suspended for 18 months, on the crime of conspiracy to deceive.

As the judge imposed the sentence, Spence's screams jolted the courtroom. Her lawyer, Terrisha Grant, immediately tried to comfort her.

However, Senior Parish Judge Lori-Anne Cole-Montaque was not swayed by the emotional outburst.

"This is a part of a defendant coming to terms with what they have done," the judge said.

"The weeping and the wailing is part of the act, so nobody nuh go hush nobody down there. It's a part of the sentence. I mean sometimes people might say, 'What a judge sound rough'. You know why me have to sound rough? Because crime rough, people 'fraid fi use the machine, people are being robbed, people are afraid to do transactions online. You cannot sit down in this court and play with people, it can't be done," Judge Cole-Montaque said.

She ordered that Spence pays a fine of $80,000 or face imprisonment for six months for the offence of unlawfully making device or data available for the commission of an offence.

Spence was admonished and discharged on the charge of unauthorised access to computer data.

The 24-year-old woman was hauled before the court last year after she reportedly conspired with a security guard to skim the bank cards of customers who were doing business at the supermarket.

The court heard that between September and October 2021, Spence was observed on surveillance footage removing a mobile device from her bag and placing it in her pocket. She was subsequently searched by the police, and a skimming device was found in her possession.

In a plea mitigation, Grant told the court that Spence committed the act as she wanted to assist her family. Spence, she said, did not benefit from the criminal activity.

Having heard the lawyer's submissions, Judge Cole-Montaque indicated that matters of this nature have grown common, and so the court has a goal of serving as a deterrent.

"Her reason for wanting more money was the fact that she lived in a yard where there was a shared bathroom and they didn't have any individual bathroom. It was an outside bathroom that was shared; what we would call a 'big yard'. She wanted to assist her family in building a proper bathroom area," Grant shared with the court.

She said that her client, who has no previous conviction, assisted the police in nabbing Hosein Taylor, the alleged mastermind behind the fraud scheme.