Female farmer wants more women to till the soil 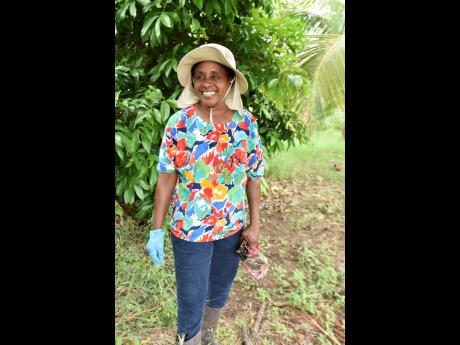 Jean-Marie Spratt said that she loves every aspect of farming, but especially reaping time. 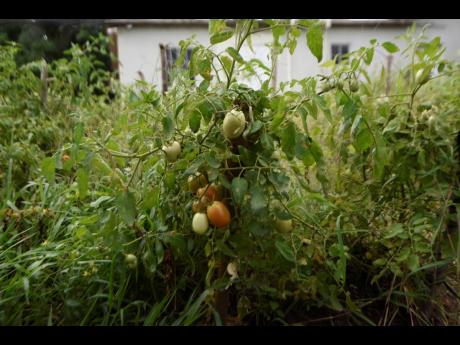 Some of Spratt’s tomatoes. 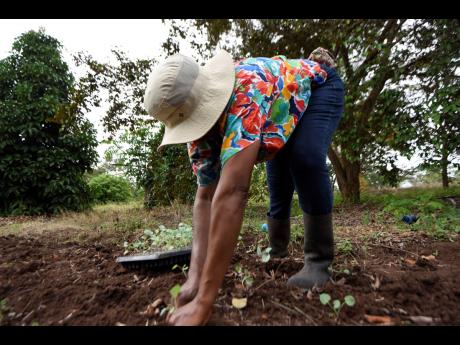 Spratt said that she wants to see more women getting their hands dirty in farming. 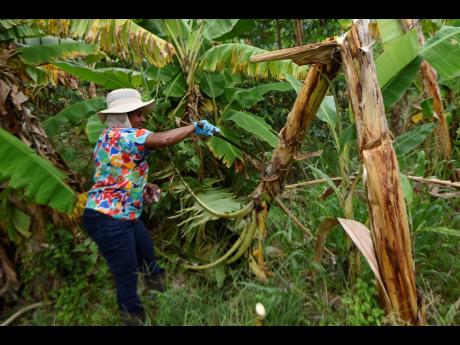 Spratt chops a bunch of bananas from one of the many trees on her farm in Gravel Hill, Clarendon.
1
2
3
4

For the last 30 years, Jean-Marie Spratt has been exemplifying the ideology of 'grow what you eat, eat what you grow' as she owns and operates a five-acre farm in the cools hills of Gravel Hill in Clarendon.

"From I'm going to high school, I rear chicken. Even now I'm a chicken farmer, pig farmer, goat farmer, bees farmer. I do a wide variety of stuff. I overall just love farming. That is my delight. When I wake like 3, 4 o'clock in the morning, I just can't wait for day to light to get outside to go and get my work done. Yes, I love it. It's something I love so much. I dedicate myself and hard work and dedication make you be successful," she said.

She started her love affair with farming during her high school years and Spratt, 45, says there is no part of farming that she does not love.

"Actually I see every part as the best part, but mostly [I enjoy] when I'm planting and I see it start to grow. Reaping time! That's where the money is. That is the most important part for me because I put money in it and you have to spend money too. So when I spend my money, I feel so happy to see it making money," she said. "When I grew up and I got to high school, there were two choices, either dressmaking or farming and I said definitely farming."

Adopting her green thumb from her mother who was a cane farmer, Spratt now grows a variety of items including oranges, bananas, plantains, cassava, tomatoes, ackee, okra, carrots, cabbage, callaloo and apples. Spratt said that as a female farmer, she sometimes finds it difficult to command the respect of her workers.

"Farming is not for men alone. And I'm telling you some of we ladies are doing better than the men because some of the men dem stubborn. Dem do dem own way. Dem going old-time way and not going the modern way. Even some of my workers dem I have problem with them. When I say fertilise it three to four inches from the root, them fertilise it under the root. So dem do dem own thing and yet still some of them is farmer," she said.

Because of this, Spratt has limited her team to two other men alongside herself and her mother. Regardless, she said that she is happy to be a farmer and hopes that more women will join the profession.

"Don't sit on the street idle, find something to do. Even a little backyard garden. If you don't have a big landscape you can use even baths, even tyre and plant your own things that you will eat. Time is getting harder and harder that you don't have to go to market and buy certain things, like your likkle vegetable. It's not hard but some of we ladies very lazy. They need to put them hand in the soil," she said.