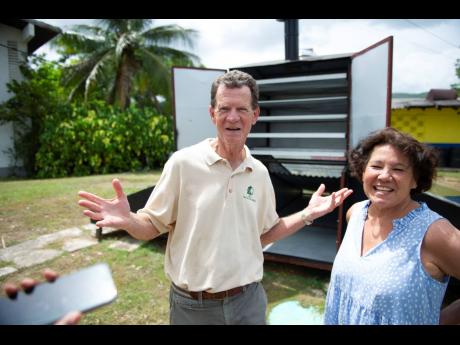 Mike and Mary McLaughlin, founders of Trees That Feed. 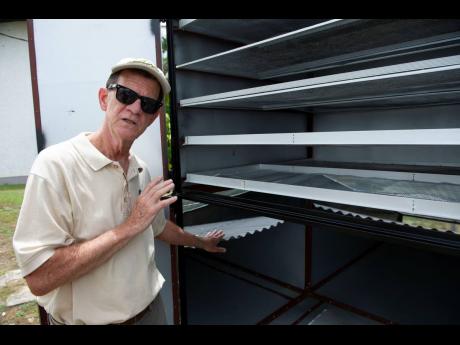 The McLaughlins recently donated seven solar dehydrators, devices that help to dry food using the sun to better preserve them, to the Sydney Pagon STEM Academy. 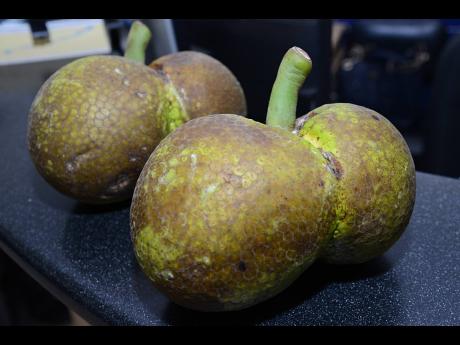 What started as the musings of a couple wanting do some good in the world has blossomed into a multinational non-profit organisation charged with the noble mission of ending food poverty and combating climate change.

Trees That Feed was started in 2008 by Jamaican husband and wife duo, Mike and Mary McLaughlin. They first met at The university of the West Indies (UWI), Mona campus, some 50 years ago, and Mary says after retiring from their respective careers, the yearning she had to serve her planet became much more prominent.

"We were having a sip of coffee one Sunday morning in bed and that's literally how the discussion started. We always have been concerned about the environment. We live in Chicago now, we're from Jamaica but we live up there and we've done quite well. So Mary said one day we should be giving more back to more people," Mike told THE STAR.

"My contribution was to say 'If you're gonna plant trees, plant fruit trees' because they feed people as well as help the environment. And then we came to realise, fruit trees create jobs, it boosts the economy. The produce goes into market, the processes make some money as well as the nutrition provided," he added.

Focusing on trees that not only provide hearty meals, Mary says they focus on trees that are most effective at reducing the carbon dioxide in the atmosphere like their flagship tree, the breadfruit tree.

"We all know that there is so much excess carbon dioxide in the atmosphere but with photosynthesis, what happens is the trees build their trunks and that is made of carbon," she said. "So we look at trees that capture the most carbon, that means the biggest woody tissue, the biggest trunks and live for a long time. So the trees we focus on are breadfruit, mango, ackee, jackfruit and pear. But we also do naseberry, soursop, apple and star apples."

Taking it one step further, Mary explained that just planting trees is not enough and to truly make a dent in food poverty, they opted to start turning the fruits they grew into other products.

"When we first started people said 'You're crazy, breadfruit is wasting', and we thought 'Well, it's only wasting if you don't turn it into another product' and that's why we went to breadfruit flour and then breadfruit bullas," she said.

Though they are now spreading trees in several countries, the couple said it was important for them to make an impact at home before branching out.

"So we wanted to prove that it could be done and we've refined our working model by working in Jamaica. Now we're in 18 other countries so we're replicating the good work that's being done here," he said.

Mary added:"And I don't think there is any place in the world where people love fruit trees as much as Jamaica. So we knew this would be a good place to start. We know people, we were brought up here, we went to UWI, were married here and it was easy to kind of sell this new idea that we were having."