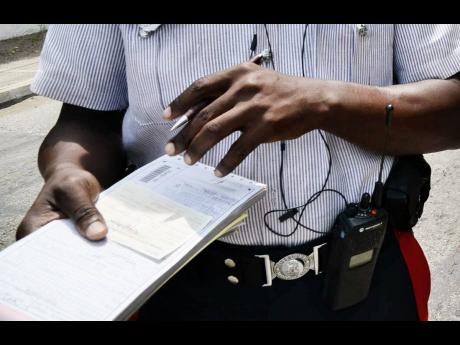 A pastor yesterday incurred the wrath of Senior Parish Judge Lori-Anne Cole-Montaque after he confessed to being in possession of a forged driver's licence. The clergyman, George Brown, told the court that he ministers at an apostolic church in Bull Bay, St Andrew.

The Kingston and St Andrew Parish Court heard that on June 13, members of the Island Traffic Authority and the Public Safety and Traffic Enforcement Branch of the police force were conducting vehicular checks on Port Royal Street, downtown Kingston, when a Toyota motor truck, which was being driven by Brown, was signalled to stop. He complied, and his driver's licence was requested. However, when it was checked, irregularities were noticed and it was said to be forged.

When Brown was informed of the observations and cautioned by the police, he allegedly said, "Offica, it real, I got it two months ago".

He was subsequently charged with conspiracy to defraud, uttering forged documents and possession of forged documents. He pleaded guilty to the charges in court yesterday.

"I am disappointed," the judge remarked, her tone indicating her shock. "Where did you get it [the fake licence] from?' the judge asked the clergyman.

The investigating officer told the court that Brown's original licence was cloned and that an illegal insertion was done to give the impression that he is permitted to drive PPVs.

In relation to the charge of conspiracy to defraud, Brown was sentenced to three months' imprisonment, suspended for a year.