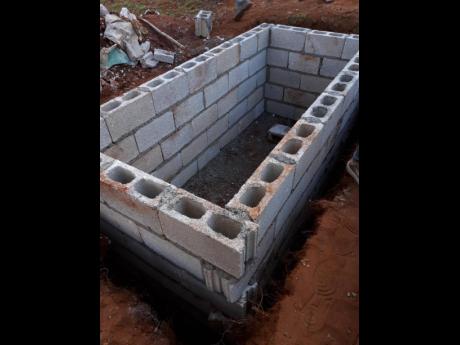 Three persons who were attending a grave-digging exercise in Westmoreland on Sunday were mowed down by a farmer trying to escape from gunmen who shot him moments earlier along the Jerusalem Mountain main road in the parish.

The police's Corporate Communications Unit (CCU) reported that about 7:30 p.m., 46-year-old Hopeton Stewart, otherwise called 'Bogle' or 'Blacks', stopped to make a pick up along the roadway when he was shot several times by a lone gunman as he exited his vehicle.

The CCU further reported that Stewart, a farmer of Meylersfield Mountain, Grange Hill, also in Westmoreland, went back into his vehicle and sped off, but he lost control of his motor car.

The vehicle reportedly slammed into a crowd of bystanders at the grave-digging. The police were alerted, and Stewart was seen slumped over his steering wheel with what appeared to be a gunshot wound to his head.

He was later pronounced dead at a hospital.

The other deceased are Roselyn Shearer-Grant, 49, a vendor of Lances River address in Hanover, Densie Richards, and an unidentified man.

When contacted for a comment on the matter, acting commanding officer for the Westmoreland Police Division, Senior Superintendent Wayne Josephs, told THE STAR that the matter is under investigation.

"I cannot speak to the facts of the matter because we are still probing, but what I can say is that the investigation is ongoing and we hope to make some headway soon," he said.