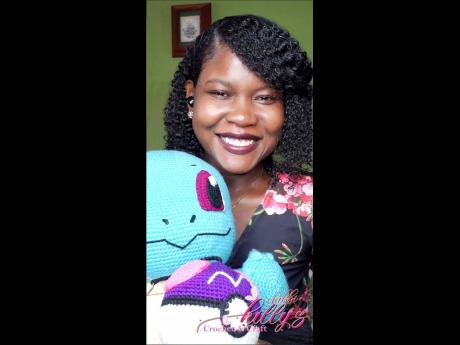 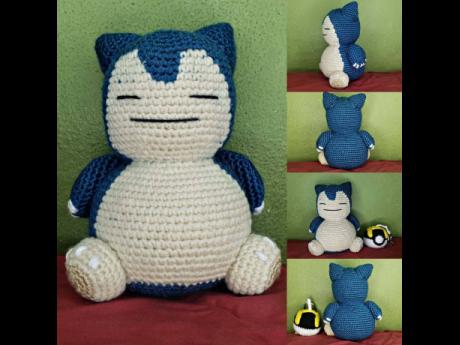 A crochet doll made by Hilma Thomas. 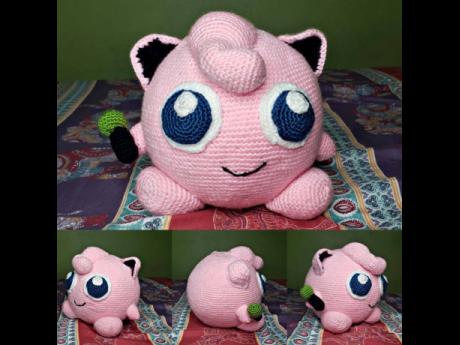 When Hilma Thomas started playing Pokemon Go in 2019, she had no idea the habit would be the inspiration she needed to transform a lifelong hobby into thriving business, making crochet stuffed animals.

Pokeman Go is an augmented reality mobile game that allows players to interact with their environment, while capturing and battling characters in the game.

Thomas, a 30-year-old Kingston resident, says she started crocheting in her early years of high school and has held on to the practice since.

"That is a funny story, actually," she said recalling her origins. "I was in the seventh grade at St Hugh's and a fellow seventh grader, in my class, taught me how to crochet. I've never truly put it down since. I used to make swimsuits for my dolls and then I stopped for a while, and then I pick it up back. I made my first actual swimsuit for myself in 2011, and then from there, I pick it up back again in 2016 and people started putting in orders and stuff."

Thomas says in 2019 she decided to turn her hobby that occasionally made money into a legitimate business. However, when the Government decided to shut down beaches and rivers as part of its efforts to contain the spread of COVID-19, Thomas knew she had to pivot. That's when the idea of making stuffed animals from crochet came to the fore.

"I was making custom swimwear and custom clothing before and then right after we went into lockdown, so clearly no one was going anywhere," she said. "A friend of mine asked me to make a particular Pokemon (from crochet) and after I made it, I was like 'Alright, I can do this'. So I went on YouTube, did some more research, found another pattern for another Pokemon and then started to use those to grow my skills."

Thomas' top sellers have been stuffed animals from movies and TV shows like Pokemon, Naruto, Cocomelon and other animated properties. She says she hopes to expand her business in the near future, but finds shipping and logistics to be a major hurdle at this time. However, she remains motivated to create more crochet dolls and takes pride in the fact that her products have been attracting eyeballs.