Springvale Waterfall was worth the trek 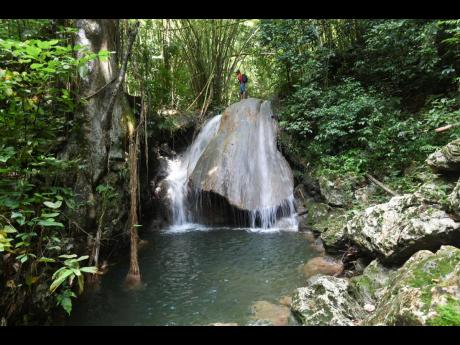 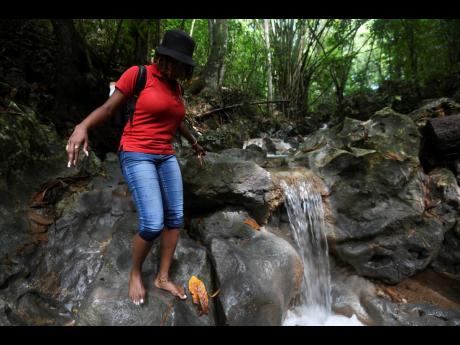 Watch your step! STAR Writer Shanel Lemmie makes her way down to the falls. 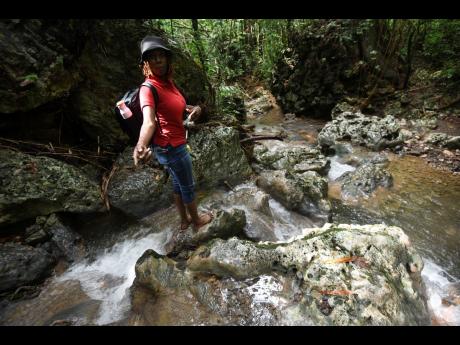 The hike is not the most arduous, and the waterfall reward is certainly worth it. 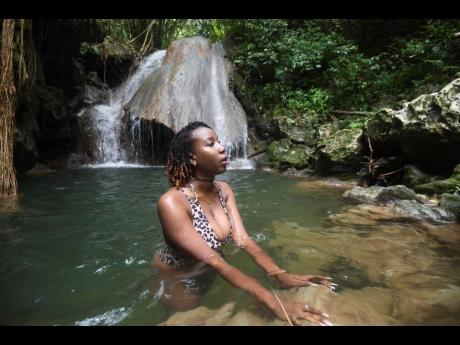 The soothing water helps Shanel get over whatever minor knocks she picked up on the hike to the waterfall. 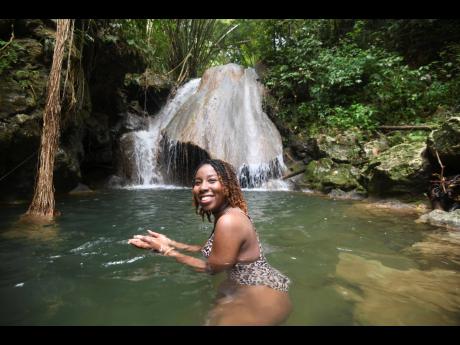 Shanel Lemmie takes a dip in the inviting pool below Springvale Waterfall.
1
2
3
4
5

Deep in the hills of St Catherine, the Springvale Waterfall is an adventure not for the faint of heart or the weak-knee'd.

The journey to this oasis starts in Bog Walk where thrill seekers turn on to Barry Street and follow the road through some the most scenic terrain Jamaica has to offer.

Once in Springvale, however, we quickly learned that colloquial names are far more important than the faint set of directions we were given. We asked several residents for directions and we eventually learned that though we were asking for the Springvale Waterfall, they knew it as Blue Hole or Cliff Drop.

The vivid images these monikers painted in my mind worked wonders on my imagination. While I wasn't the least bit excited for the red dirt I had glimpsed on our way in, the idea of deep blue waters somewhere in this remote village made the stains that were sure to pop up on my white sneakers more than worth it.

Following the directions we were somewhat reluctantly given, we strolled down a minor hill. The sound of running water amplified with each step and my already raging excitement grew in turn. Never before has our journey on Weekend Escape been this easy. That should have been my first red flag. When we approached the tiny chasm, not even wide enough to be considered a stream, my metaphorical bubble popped. The 'waterfall' was nothing more than a few rocks piled on top of each other with trickle moistening it all.

Breaking with Weekend Escape tradition, I phoned a friend to find out if this is indeed what we travelled all the way from Kingston for. She clarified that this adventure would require us to roll up our sleeves, both literally and metaphorically, and wade through the stream until we came upon our destination.

I should have known our journey couldn't be that easy. With this renewed confidence and my shoes in hand, I stepped into the water and began the hike downstream. After 20 minutes and several slips in the deeper parts of the river, we arrived at the Holy Grail of hidden spots. This oasis, caverned in trees miles away from any intelligent life, boasted a deep blueish-green wading pool at least seven feet deep just below the aforementioned cliff. With only two ways to enter the pool, I decided not to jump off the cliff and instead to take the route through the trees.

The expectedly cold water soothed the scrapes I had acquired during the journey as well as the aches from the climb-heavy hike.

As my ineptitude for swimming persists, I spent my time relaxed under one of the many mini-waterfalls in the area. It was true bliss, until time came for us to hike 20 minutes through water, uphill that is. Yikes!