Clown puts on serious face - Says he clarifies his apology 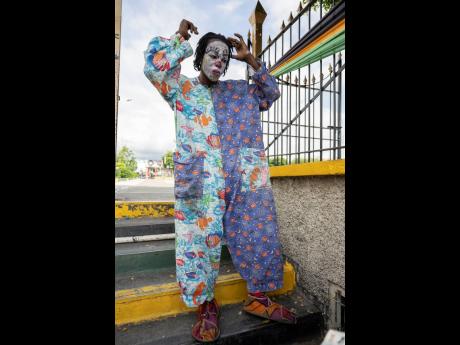 Ramone Silvera is now saying that he is only sorry about how he spoke to the older women in the taxi. 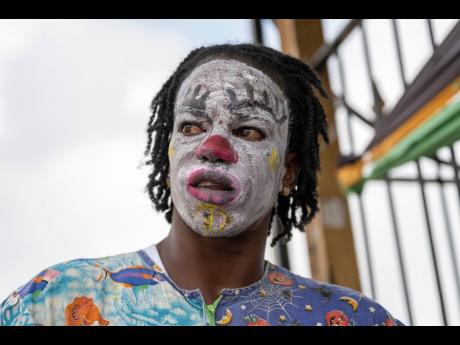 Ramone Silvera is adamant that he does not owe the wider public an apology for his actions on Monday during the islandwide strike by public passenger vehicle operators.
1
2

After initially appearing remorseful in an interview with THE STAR, Ramone Silvera, a professional clown and bus conductor who was caught on video ordering passengers out of a taxi, is now recanting his 'apology'.

"Mi came to the whole public and is like mi a say mi sorry about this that, that, that. A just the elder ladies weh did inna the car me really and truly did sorry about how me deal wid it. But be honest, mi nah apologise to the public fi nothing at all weh take place and done," he said. "Probably if me did put mi hand pon one of dem me woulda say well, me owe dem an apology and me owe the whole Jamaica apology. But mi doh put me hand pon none a them so me doh understand. Den next thing dem a seh, dem a charge me fi common assault [for] pulling a door and telling somebody come out of vehicle. I don't touch you so how me assault you?" Silvera had earlier told this publication that his behaviour was due to the consumption of alcohol.

Silvera came to the public eye on Monday when the video showed him aggressively ushering some passengers out of a taxi during an islandwide strike by public passenger vehicle operators. Hours later, Silvera was apprehended by the police and charged with assault, disorderly conduct and indecent language. Later on, in a now also viral photograph, Silvera seemed to be weeping, what social media users have dubbed his 'radam' moment. However, he told THE STAR that was not the case.

"No I wasn't crying. To be honest, me wasn't crying cah is like dem pepper spray me under the handcuff, so me never even rub me eye dem or anything, so how is I'm crying? Cah you know it burning my eyes and me cyah rub me eyes or nothing," he said.

Reacting to the various memes that have sprung up arising from his incident, Silvera said that they do not bother him. In fact, as he spoke to the news team in Mandela Park in Half-Way Tree, St Andrew, yesterday, Silvera donned some of his clown make-up and his costume.

"Well who wanna mock and jeer just mock and jeer. The greatest thing is [my] kids dem know dem daddy was a clown and a dat provide food on dem table. So the greatest thing my kids dem enjoy going to shows with me, so dem know dem daddy is a professional clown. So everybody who a say how dem feel and how him mother feel ... no one feel a way cause dem know I'm a clown," he said.

He also told THE STAR that to make up for his actions on Monday, he will be continuing the yearly outreach programme that he does this year with a theme focused on the elderly.

"It's not because the video weh me do gone viral or whatever, it's something weh me do every year. And the campaign for this year was the old people dem treatment, cause many old people out there weh dem pickney nah do nothing fi dem and dem grandkids worst."