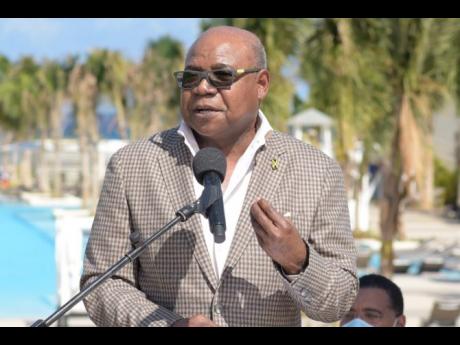 KINGSTON, Jamaica, Dec 22, CMC – Jamaica is examining the hub and spoke model, which would see local airports offering flights to a central airport where international or long-distance flights are available, as a way to address regional air transportation challenges.

Minister of Tourism Edmund Bartlett said Kingston will be a critical hub in this arrangement to facilitate transit to the eastern Caribbean and the other Caribbean countries.

“The Caribbean is having a destination crisis, an air transportation crisis. There is no question about it, and Jamaica is going to have to play a critical role in enabling solutions [to] that problem by providing the hub-and-spoke arrangement,” he said at an appreciation ceremony for staff at the Norman Manley International Airport.

He said that arrangement would make air connectivity “easier and much more seamless”.

Bartlett noted that there has been an emergence of several smaller airlines in the Caribbean, with some providing connecting flight routes which facilitate linkages to other islands.

“So far, we are seeing a number of new airlines emerging in the Caribbean – smaller but important new airlines,” he said.

As part of the Ministry’s mandate to provide additional routes for travellers, this year three new gateways were opened.

It is anticipated that these gateways will boost arrivals and expand ease of access to the island.