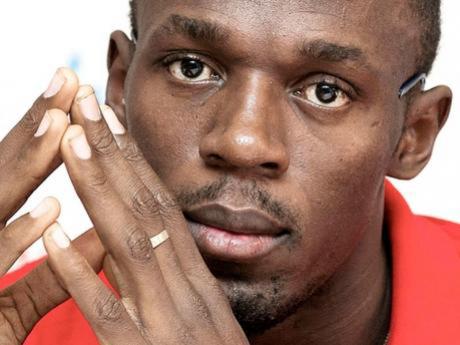 Usain Bolt has admitted that he is off the market and is in a steady relationship with a Jamaican woman.

Bolt who was Sunday's guest on Profile, told veteran Jamaican journalist Ian Boyne that there is indeed "a special person" in his life, a 26-year-old he has been dating for over two years now.

"She is from Old Harbour actually," Bolt told Boyne.

Bolt also explained that maintaining a low key relationship is a number one priority of his.

"I have tried my best to keep it on a certain level. I have explained to her that when it comes out it's not gonna be as she thinks it's gonna be. A lot of people will try to attack her so I tell her to just take it easy and let's make sure that you're ready for this," Bolt stated before confessing that he spends a lot of time with his girl.

I don't definitely hide...but we don't try to put it out in the media like 'here she is' because I personally know what's going to happen. I remember I said to her 'listen to me, you need to tell me everything from now because I will hear and mi nuh want nutten too shocking hit me so you need to tell me from now so I know and understand what the situation is...because the press will dig," Bolt said.

Bolt also opened up about his views on dating "married women".

His answers to the frank question posed by Boyne showed that though he is a party man, he has strong morals. The track king expressed categorically that dating married women is a line he never intends to cross.

"Not even for a fling, I am not that type of person... I have been in the situation where a married woman, never used to wear her ring and I never knew until the last moment and I said 'no I can't do this'," Bolt said.

"If you are married you should be happy, if you are not happy leave the person. That's how I see it so why should I involve myself? I was brought up in the church so I believe in the Bible and I believe in God," said Bolt who went on to admit that he doesn't want to stray too far from the Bible.

Bolt also stated that his parents who remained together almost two decades before getting married set the best example for him where relationships and marriage are concerned.

And though he is not yet ready to get married, the star assured fans that once he makes that move it will be forever.

Part two of Usain Bolt's chat with Profile will be air next Sunday on Television Jamaica at 6:30 p.m. (local time)