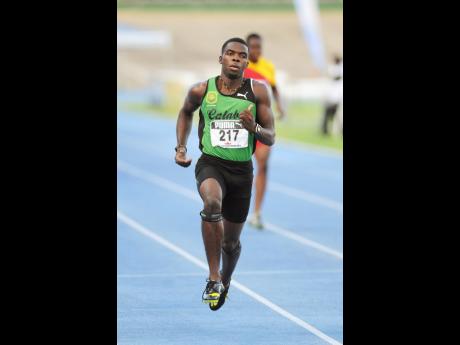 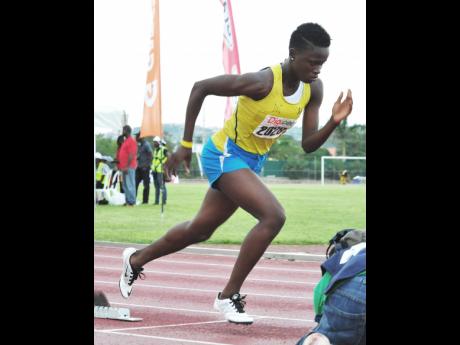 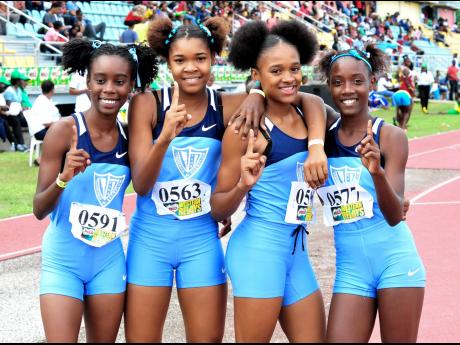 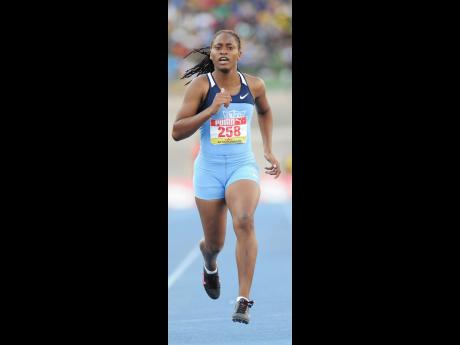 High school teams will get the last chance to compete in relays against each other before the ISSA-Grace Kennedy Boys and Girls' Championships next month when they battle inside the National Stadium tomorrow at the prestigious Gibson McCook Relays.

Action, as usual, is expected to be very exciting and gets under way at 9 a.m.

There should be keen competition as teams try to score psychological points going into "Champs". In addition, tomorrow's proceedings should be a good guide to the likely champions at the March 15-19 championships.

STAR Sports, after seeing the various teams perform so far this season has come up with a likely top three in selected high school relays.

LAST year both Edwin Allen and St. Jago went sub 48 seconds in a close finish where Edwin Allen won. The record here is 47.74 seconds and following a great season so far, Edwin Allen should retain the title in a new record time after sprinting to a super fast 47.07 at Central Championships.

After helping her school to a record run of 45.01 seconds a year ago, Shellece Clarke is set to lead her team Edwin Allen to victory once again. They should be wary of a Kimone Shaw-led St. Jago after winning easily at Central Championships.

No stopping Holmwood Technical here. Following sub 45 seconds runs at Western Relays and Central Championships another fast time is on the cards. The "hot" Ashley Williams is expected to steer her team to victory.

This will definitely be the most exciting event among the girls as four teams have strong chances of winning. With brilliant anchor legs from Junelle Bromfield at Milo Western Relays and Digicel Grand Prix final STETHS won on both occasions. A well rested Holmwood will not be caught this time around, however, as they should turn the tables on STETHS.

Defending champions Kingston College looks set to make it back to back wins. At Milo Western Relays they won by over two seconds and with the outstanding Terique Stennett in their line up they look a cinch here.

Last year both Kingston College and St Jago went down on the line together and we could see a repeat once again. However, following their record breaking 43.99 run at Milo Western Relays, Kingston College are given the edge.

Look out for a history-making run. Calabar appear set to be the first Class Two team to go sub 40 seconds. The Gibson Relays record is 40.65 seconds and a Calabar quartet has gone faster than that already this season after clocking 40.48 seconds at the Camperdown Classics. They will be led by the outstanding Christopher Taylor who clocked a fast 10.44 seconds at the Camperdown Classic.

The Wassem Williams-led Jamaica College quartet, following their 40.05 seconds winning time at the Camperdown Classic, should triumph here. Calabar with a fast Xavier Angus should not be written off, however .

Despite losing three of their outstanding 400m runners r this season, St. Jago showed at the Central Championships, where they clocked 3:11.69, that they still have a strong team. Sean Bailey, like he did a year ago, should guide them to another victory here but Calabar have a strong young team led by Christopher Taylor.

St Elizabeth Technical with the talented Jauvaney James in their line up will be strong, however, the Milo Western Relays winners will find St Jago too hot to handle here as the likes of Leon Clarke, Keenon Lawrence and Joel Jean Pierre should lead the Spanish Town-based team to victory.