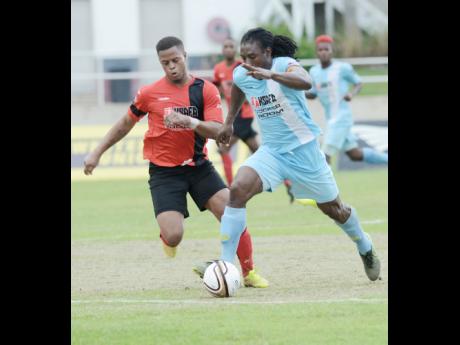 Marvin Tate is being strongly tipped to take charge as head coach of Waterhouse Football Club for the upcoming Red Stripe Premier League (RSPL) season which is scheduled to kick-off on September 4.

Tate is on a short list of candidates being interviewed by the Drewsland-based club to take over from Anthony Patrick.

"It is a possibility that things will be known by this weekend," he said about his possible appointment.

Tate added that he has had discussions with the club's management and told them about his vision for the club.

"I have sold them a vision. I hope they will buy into it. At Waterhouse, we have to take a professional approach moving ahead. We have to change the attitude of players, the community and management," Tate disclosed.

However, Waterhouse general secretary Richard 'Spoon' McCallum, said that the club is talking to several persons for the vacant position.

"The club will not release a statement about the selection of a coach until we have had talks with other persons," the former national and Waterhouse goalkeeper said yesterday.

Waterhouse struggled for the entire RSPL last season and avoided relegation on the final match day.

Since that, they have yet to start pre-season.

"We are finalising preparation for pre-season," McCallum stated.

Tate has coached at several clubs in the premier league such as Black Stars, Village United, Montego Bay United and Barbican.