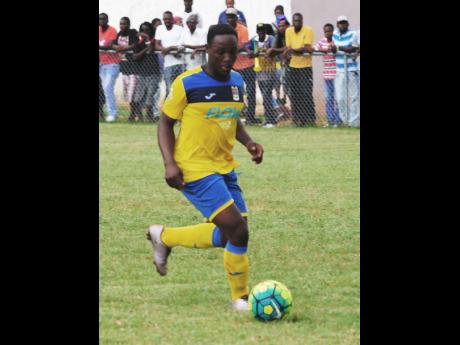 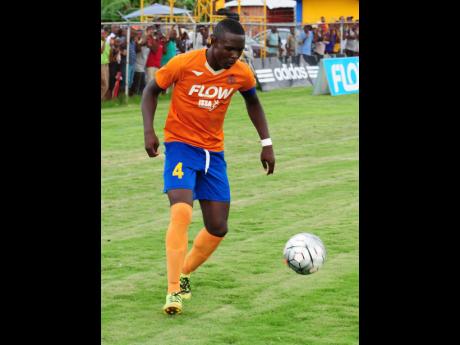 When St Elizabeth Technical High School (STETHS) kick off the ISSA-Flow Ben Francis Knockout final against Lennon High at 2:30pm this afternoon at the Manchester High School ground, it will be the first time these two will meet in a championship decider and what a clash its shaping up to be.

Having lifted the knockout title six successive years, and knowing that another victory will make it seven straight, a record in its own right, STETHS will be weary of Lennon's tight defence and live wire midfielders bent on gifting their school a first ever ISSA football title.

But while STETHS pride themselves in there attacking thrust, it's in defence that Lennon appears strongest.

"We know what to expect from Lennon. They are a good bunch, but we are able to counter well against them and should be victorious at the final whistle in this one," declared STETHS technical director Wendell Downswell.

Lennon's strapping central defender and team captain Fitzroy Cummings lead a strong defensive unit and again could be the difference between them taking home a first ever trophy or be vanquished at the final hurdle.

Much is expected from him this afternoon and with Ryan Morrison, Christopher Randall, Odane Grant and the brilliant goalkeeping of Tyrone Mullings, Lennon could be smiling at the end of the match.

"We are looking to take home our first piece of silverwear (this afternoon). I am sure STETHS will play a hard game as they usually do, but this team appears to be finding form just at the right time and we are looking to end the STETHS dominance this time," Gordon said.

For good measure, the two teams clashed earlier in the inter-zone round of the daCosta cup with STETHS coming from behind to edge a thrilling match 2-1.

Their never-say-attitude once again came to the fore in Monday's 4-3 sudden death penalty win over Clarendon College in a semi-final clash of the ages and will no doubt be tested once more.

The champions won without either of their top strikers in Romeo Wright (injured midway the first round) and their leading scorer Jovoney Brown, who picked up a foot injury in the Super Cup.

This final contrast greatly, as Lennon's gritty determination and STETHS never-say-die, at whatever cost approach, is promising to make this final a pretty interesting contest.